Protein contributing to this fatal genetic disease is targeted by a new drug. 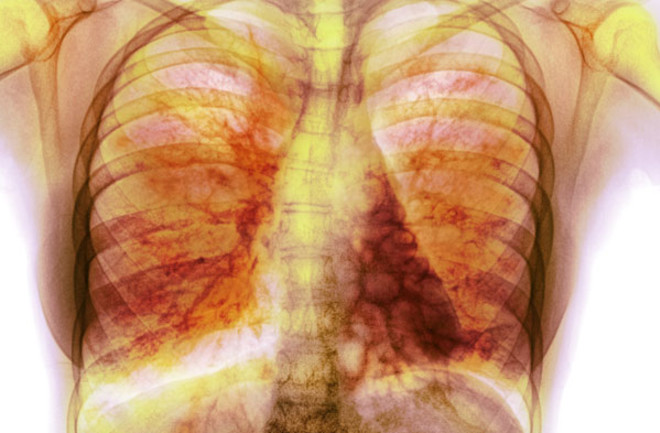 Patients with cystic fibrosis got a glimmer of hope last year. The fatal genetic disease, which affects 30,000 Americans, can be caused by hundreds of different protein mutations. In January the FDA approved Kalydeco, the first drug that repairs one of the most important of those flawed proteins, correcting a root cause of the disease.

In patients with this mutation, called G551D, the distorted protein obstructs the flow of salt and fluids through the surface of cells, causing mucus in the lungs to thicken like oatmeal. The mucus then blocks airways and cultivates bacteria that destroy the lungs. A new drug, developed by Vertex Pharmaceuticals, repairs the protein, thinning mucus so patients can breathe more easily. It is too soon to know whether Kalydeco completely cures the disease, but clinical studies show it markedly improves lung function and overall health. One big caveat: Kalydeco has been proved effective for only the 4 percent of the CF population with the G551D mutation. But Vertex has a second drug in human trials that works with Kalydeco to target a mutation affecting over half of those with CF.

Kalydeco is already helping hundreds of people, according to Robert Beall, president of the Cystic Fibrosis Foundation: “The drug opens new doors that may help us find therapies for everyone with this terrible disease.”