#57: Hank Greely Warns About the Risks of Personal Genomics 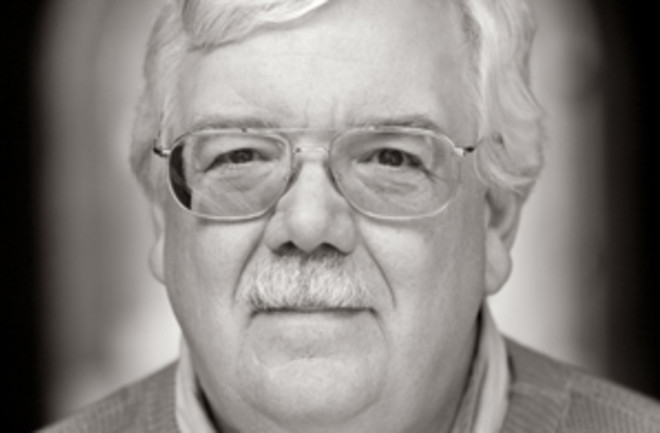 The helical molecules of our DNA are becoming increasingly entangled in our everyday lives. Universities propose genetic testing for incoming freshmen, Indian tribes sue to retrieve their genetic samples, crimes are solved through new forms of forensic analysis, and individuals routinely learn about their genetic predisposition to disease. Regulations, meanwhile, are lagging far behind the new scientific possibilities. Bioethicist Hank Greely, director of the Center for Law and Biosciences at Stanford Law School, is seeking a sensitive path through this ethical thicket.

What was the most important turn of events this year in the arena of genetic law and ethics?In May Walgreens announced that it planned to sell genetic tests in its stores. The fda issued a warning letter to the test manufacturer in response, saying that such a product would require FDA approval, and then Walgreens pulled out. Congress also held hearings on genetic testing, and the U.S. Government Accountability Office issued a report that was pretty damning to the direct-to-consumer industry. They sent the same DNA to a bunch of different companies and got some very inconsistent results. To me, federal involvement was the big story. Consumer genetic testing is probably going to get more regulated, and we saw that starting around the middle of the year. I think that’s a good thing.

What are your concerns about consumer genetic tests?I don’t think consumer genomics should be allowed for medical purposes. For genealogy, for paternity testing—fine. One of my nightmares is that a woman learns that she doesn’t have the high-risk form of the gene for breast cancer susceptibility, so she decides she no longer needs to get mammograms. That could be a fatal mistake. If people can order genetic information through the Web and get results without any health professional being involved, they might act on that information in harmful ways—either because they think they’re safer than they actually are, or they think they’re at greater risk than they actually are. The companies that offer these tests give inconsistent results because the science is really new, and it’s not ready for medical use. And last, the companies keep all this information on you. They’ve got privacy policies, but will they honor them in the long term? What happens if they go bankrupt and get bought? What if a lawyer or a district attorney comes in with a subpoena? We just don’t know.

What are your thoughts about the optional genetic testing for new students at the University of California, Berkeley?Berkeley decided to offer incoming students a chance to get genotyped as a way of getting them interested in the potential of DNA. That was a good impulse, but they were asking students to make a decision about whether to get genetically tested without much information about the program. They hadn’t had a genetics class, and there was no face-to-face informed consent. The test would have looked at three genes: one for lactose intolerance, one involved in processing alcohol, and one involved in folate metabolism. You’re dealing with 17-year-olds. Anything you tell them could be mis­interpreted. If they hear “You’ve got the normal gene for alcohol processing,” they might decide that they should grab another six-pack. [Berkeley ultimately decided not to provide personal results to students.]

But you’ve also been a proponent of genetic tests. Why?I’m rational. Every technology can be used well or poorly. Done well, I think genetic testing holds the promise for substantial improvements in human life. The classic success story is neonatal screening for phenylketonuria [a genetic disorder characterized by the inability to utilize the amino acid phenylalanine], which has saved thousands of children’s brains. Done poorly, genetic testing can screw people up.

What are some of the promising developments that will allow us to reap the benefits of genetic knowledge?>We’re now down to under $10,000 to do a whole human sequence. In maybe two years from now, it’s going to be under $1,000. That will change things. Currently, you can cheaply search for one particular gene or disease in great detail or you can search your whole genome in poor detail. Whole-genome sequencing is the combination: everything in detail. Then hopefully your doctor can tell you about every known genetic risk you’ve got and can help you understand how to make sense of that information [see #5:Family Genomics Links DNA to Disease].

Do new kinds of forensic work raise any ethical issues?The Los Angeles police added an interesting twist to DNA analysis this year that allowed them to catch a killer based on his son’s DNA records. This is family forensic DNA analysis. Unless you’ve got an identical twin, we’re all genetically different. But your parents, siblings, and children share half of your DNA. So if you’ve got some crime scene DNA and you compare it with sequences from convicts (and from some people who have simply been arrested), you might find some individuals who are not a perfect match but still match more closely than you would expect from randomness. This gives you a lead. You ask those convicts who were a partial match: “Do you have any brothers? Any sons?” That’s what happened in L.A., with the so-called grim sleeper, a serial rapist and killer. His DNA hadn’t matched anyone in the database, but his son’s DNA was in there, and they were able to find the killer based on that lead. I think it’s constitutional, but it is disturbing. You become a suspect because you’ve got relatives who have been arrested. The crimes of the son are visited on the father.

What about the Havasupai Indians, who claimed the DNA they provided for diabetes research was used for other studies without their consent?People are beginning to realize that, when you give up your DNA for research, maybe you’re giving it up for a lot more than you intended. Researchers might use it for other things that they didn’t tell you about. The Havasupai story shows that people might not be comfortable with that. I’m a strong advocate of research but only if the people who contribute DNA agree to a complete explanation of how it will be used. It’s a very interesting time. We’re really in the middle of several overlapping scientific revolutions where our ability to learn things is skyrocketing and our understanding of how we should use that knowledge is developing more slowly.

Do you think science should slow down a bit to evaluate the implications of new knowledge?  I’m not sure I would say we have to slow science down, but we have to speed up our ability to think through the likely consequences.