The company that tamed the Web is now helping researchers see the world with fresh eyes. 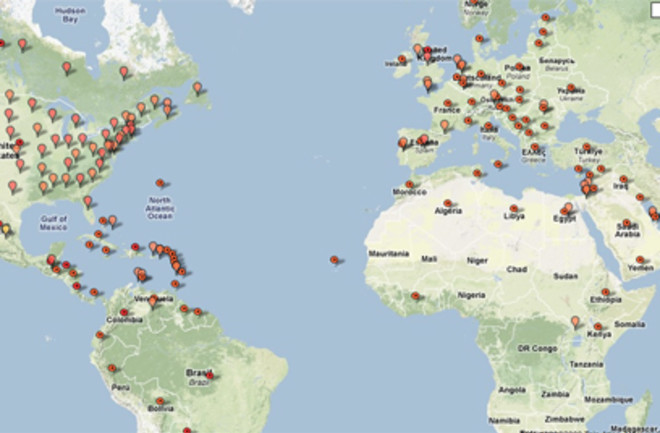 For most of us, “Googling” is synonymous with Web hunting: dredging up an old friend, say, or locating a late-night pizzeria. But the world’s leading search engine and its related applications are turning out to be powerful research tools, too. Scientists have begun tapping into Google Maps, Google Earth, and Google News to monitor volcanoes, find fossils, and track infectious diseases.

“Google gives access to data that’s not readily available anywhere else,” says John Brownstein, an epidemiologist at Harvard Medical School. With Clark Freifeld of the MIT Media Lab, Brownstein has developed HealthMap, a Google-based application designed to alert public-health officials to nascent epidemics. The software scans Google News and other news aggregators (along with government and international agency Web sites) for disease-related keywords such as flu, outbreak, and epidemic. It mines stories, search terms, headlines, and datelines to pinpoint relevant locations. After the program has scraped the Web, it displays the data in Google Maps. If HealthMap identifies epidemic-related information pertaining to a place, the location is tagged with a colored dot indicating the intensity of the chatter. “The Web has all this information from disparate sources,” Brownstein says. “If we could put it into a unified view, we could get a comprehensive window into infectious diseases.”

Since official pronouncements about an outbreak often lag weeks behind its spread, HealthMap’s gauge of epidemic news online may prove valuable as a predictive tool. In fact, the application flagged pockets of H1N1 flu last April, around the same time the CDC began following the disease. A public-health emergency was not declared in the United States until the end of that month. “Very early on, we saw that a mysterious respiratory illness was brewing in Mexico,” Brownstein says. He hopes officials will use HealthMap to keep tabs on future emerging diseases before they rage out of control.

Scientists at the NASA Ames Research Center have also put Google to work. NASA’s remote-controllable K10 robot—a prototype for lunar rovers—collects microscopic terrain images and LIDAR scans as it navigates its testing grounds in the Arizona desert. Roboticist Terry Fong uses Google Earth to plan the robot’s routes, monitor its progress in real time, and compile data. Icons show where readings were collected; clicking reveals a description of the data or a thumbnail of an image captured there. “Being able to organize data based on where it’s located is very powerful,” Fong says.

Meanwhile, earth scientists in Alaska are using Google Earth to visualize their data and make it available to the public. Sensors placed around geologic hot spots can flag locations where local temperatures are abnormally high, indicating possible volcanic activity. Dozens of these spots can be plotted in Google Earth, enabling anyone to examine local conditions at a glance. Researchers also use the application to display the movement of volcanic ash clouds, which can pose a serious threat to airplanes. Volcanologist John Bailey of the University of Alaska at Fairbanks says Google Earth’s views help scientists make the most of information on ash pathways. “A 3-D perspective can sometimes lead to realizations that might not have been easily reached” through a flat display, he says.

While many of these scientific mashups help bring data to a broader audience, Google’s tools have also aided primary research. At the University of Michigan, paleontologist Philip Gingerich taps into Google Earth to hunt for rare fossils. When a colleague told him that a group of masons had found ancient whale bones in a stone block near El Sheikh Fadl in Egypt, he resolved to find the quarry. Using Google Earth, Gingerich zoomed in on satellite images of the area just south of Cairo. He soon found an extensive network of roads in the otherwise barren desert and guessed that they indicated the site of the mining operation.

His hunch was on target. When Gingerich traveled to the quarry, he noted veins of red sediment in the excavated limestone. “Where that happens,” he says, “the fissures become natural traps for animals.” He subsequently found an extraordinary cache of mammalian fossils, including bats and rodents, from the early Miocene period, 20 million years ago. He once flew a small plane over Wyoming looking for fossil outcrops, he says, but now he does most of his hunting from his desk. “I use Google Earth virtually every day. The geology is spectacularly exposed,” Gingerich says.

Google Earth also served as the window into an important find for conservation biologist Julian Bay­liss, then with the Royal Botanic Gardens at Kew in England. While scrutinizing Google’s satellite maps looking for mountains to include in a biological study in Africa, he noticed Mozambique’s Mount Mabu. Locals knew of the peak, but biologists had never studied it. When Bayliss set up a research trip to investigate, his online discovery proved to be a real-world treasure: a 17,000-acre tract of undisturbed forest containing at least 10 animals previously unknown to scientists. More are likely to turn up with further study, Bayliss says.

Google’s strength is not that it introduces new information but rather that it helps researchers find and communicate what is already out there. To scientists who are routinely drowning in data, that is incredibly valuable. Google has made access to data as simple as a conventional Web search—and that, in its own small way, is a scientific revolution.

Scrape To use software to harvest data from Web sites for use in another context (for example, to build a database or to provide input for another program)

Mashup A combination of data from multiple sources, often with a new purpose that the data’s original disseminators may not have envisioned.

Hot Spot An area of persistent high temperature fueled by heat from below the earth’s crust. The Big Island of Hawaii and Yellowstone’s geysers sit atop hot spots.

The Source of the Nile River: A Mystery That Spanned Three Millennia

More From Discover
The Sciences
NASA Keeps Hiding ‘Easter Eggs’ On Mars-bound Spacecraft
The Sciences
The Skycrane: How NASA's Perseverance Rover Will Land on the Red Planet
Technology
Part Robot, Part Frog: Xenobots Are the First Robots Made From Living Cells
Technology
If a Robot Is Conscious, Is It OK to Turn It Off? The Moral Implications of Building True AIs
Technology
After Disaster Strikes, a Robot Might Save Your Life
Technology
The Robot Scientists Are Coming. But That's Not a Bad Thing
Recommendations From Our Store
My Science ShopCosmos: Possible Worlds
My Science ShopStrange Science
My Science ShopEinstein's Universe
My Science ShopElements Flashcards
Shop Now
Stay Curious
Join
Our List