#11: The Age of Genetic Medicine Begins

After years of setbacks and failures, gene therapy begins to produce some viable cures. 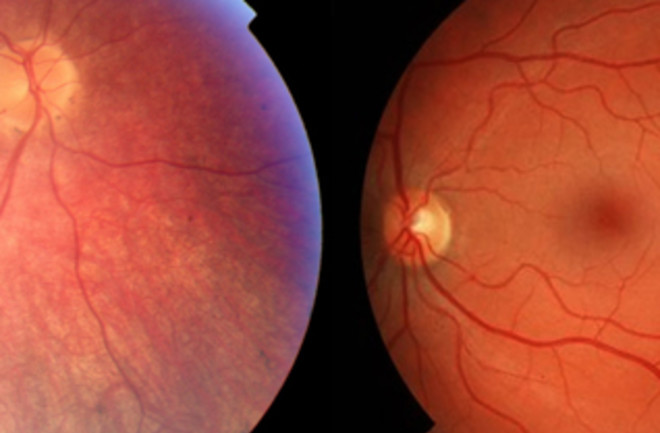 LCA eye prior to therapy and a healthy eye. | Dr Jean Bennett

In 2009 gene therapy rebounded from years of high-profile failures—including unexpected deaths and cancers—to produce startling triumphs. By fixing defects written into patients’ DNA, medical researchers treated two serious genetic disorders. “At last we are on the brink of fulfilling the promises that gene therapy made two decades ago,” says geneticist Fabio Candotti of the National Institutes of Health.

In February molecular biologist Alessandro Aiuti of the San Raffaele Telethon Institute for Gene Therapy in Milan reported that his team had cured nine of ten infants born with bubble baby disease, a devastating disorder caused by a single defective gene. Newborns with the condition, also known as severe combined immunodeficiency disease, lack a functioning immune system. Aiuti and his team harvested stem cells from the infants and then infected those cells with an engineered virus carrying healthy copies of the missing gene. When the modified stem cells were injected back into the newborns, they spawned a normal immune system. Candotti has reported similar success establishing a functioning immune system in two bubble babies.

Just months earlier, molecular geneticist and physician Jean Bennett and her husband, retinal surgeon Albert Maguire of the University of Pennsylvania School of Medicine, reported that gene therapy had improved vision in a teenage boy with Leber congenital amaurosis (LCA). A mutation in any of 13 genes causes this rare condition, which progressively leads to blindness. Bennett and her team injected a benign virus carrying a corrected copy of the gene into the boy’s retina, where it helped the eye make rods and cones. Even receiving only modest doses, other young patients given a working version of the gene in one eye were also able to see better. In a phase 1 clinical trial, published in The Lancet, all the children involved gained enough vision to walk independently. “The results are better than anything I could have dreamed of,” Bennett says.

The remarkable turnaround in gene therapy is largely due to scientists’ increasingly refined ability to engineer the viruses used to deliver healthy genes to the cells that need them. Using new viruses and better techniques, gene therapists have begun tackling cancer and HIV. Clinical trials are under way on both.