Autism research is progressing quickly, but without a solid diagnosis, some still blame vaccines. 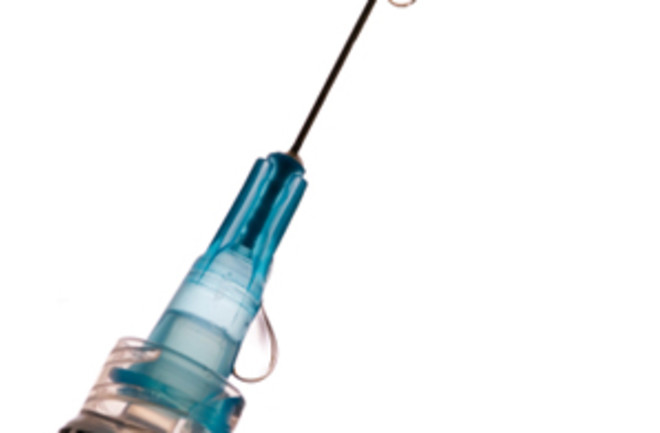 The question will not go away: Do vaccines cause autism? Some 1 million to 1.5 million adults and children in the United States have received autism diagnoses, and there is no clear insight into its causes. What surprises many scientists is that their findings against a vaccine connection keep failing to quell the debate, giving the antivaccine movement the potential to become a genuine public-health problem.

In February the U.S. Court of Federal Claims attempted to provide some clarity, ruling that a widely used vaccine and a vaccine preservative, both targets of concern over the past decade, do not cause autism spectrum disorders. That decision put a stamp of approval on what multiple peer-reviewed studies have concluded for years: The MMR (measles-mumps-rubella) vaccine and the mercury additive thimerosal (which was removed from nearly all vaccines by 2001) are not responsible for the rise in autism diagnoses. “I think the tide clearly turned this year, and the court decision, more than anything else, was responsible,” says Paul Offit, a pediatrician at the Children’s Hospital of Philadelphia and a vocal vaccine advocate. “It showed that good science does win in the end.”

Fueling all this confusion is the complicated nature of autism, which encompasses a range of neurological disorders characterized by “social impairments, communication difficulties, and restricted, repetitive, and stereotyped patterns of behavior,” according to the National Institutes of Health (NIH). Those symptoms usually appear at around 18 months of age, precisely when children receive many of their vaccinations.

In October Michael D. Kogan of the U.S. Department of Health and Human Services (HHS) and colleagues announced that about 1 of every 91 American children has a disorder on the autism spectrum. A 2008 study by the California Department of Public Health found that the number of children receiving services for autism in the state has risen steadily, despite a decrease to trace levels of mercury in their inoculations. Many experts attribute the growing prevalence to new diagnosis guidelines and increased awareness among doctors.

Meanwhile, the reluctance of some parents to immunize their children can lead to the return of vaccine-preventable diseases such as a measles, which broke out this past summer in Brooklyn, New York. According to Christopher Zimmerman, medical director of the New York City Health Department’s Bureau of Immunization, the virus spread quickly among children who were not fully vaccinated, including those whose parents put off the shots because of concern about the autism-vaccine link. “Measles can be a serious and life-threatening disease,” he says. “Parents are putting their children at risk by not vaccinating on time.” Across the United States, reported measles cases shot up from 43 in 2007 to 140 in 2008, and more than 90 percent of those reported in 2008 were among children who were unvaccinated or had unknown vaccination status.

In the midst of the ongoing controversy, scientists have made notable progress in understanding autism. A May study in Nature found that 65 percent of autistic children share a set of mutations that may regulate genes known to influence communication among brain cells. Many scientists say that environmental exposures, perhaps even in the womb, may activate such genetic vulnerabilities. Over the past three years the NIH has spent about $100 million annually on autism research. One possible trigger it has studied exhaustively and dismissed: vaccines. “Exploring the broad question of vaccines and autism is not fruitful. The questions have been answered,” says University of Utah pediatrician Andrew Pavia, co-chairman of the vaccine-safety working group at HHS.

Pavia nevertheless believes it would be worth further investigating a link between vaccines and autism once specific biological pathways are identified. To that end, his committee recommends researching whether some children, including those who may be genetically predisposed to autism, are at higher risk following certain vaccinations but in numbers too small to have shown up in previously.

“There are some who suggest that scientists shouldn’t bring up vaccines and autism in the same breath, but I think we should keep an open mind until we understand the biology better,” Pavia says. Offit disagrees. The evidence has spoken, he argues, and pursuing additional research only wastes resources and gives false hope. “Parents are being horribly misled by leaving the door open,” he says.

One positive side effect of the media frenzy is that autism science is finally getting its due. In September the NIH committed nearly $100 million in additional funding from the stimulus package to studying autism. Scientists also hope to gain crucial insights into autism’s risk factors from several large new studies, including the federally funded Early Autism Risk Longitudinal Investigation, which will enroll 1,200 mothers of autistic children at the start of a subsequent pregnancy and then track the newborn child’s first three years of development.

“This issue will not go away until there is a clear cause,” Offit says. “But the important story you never hear is that the research is evolving very quickly.”