World Versus the Volcano 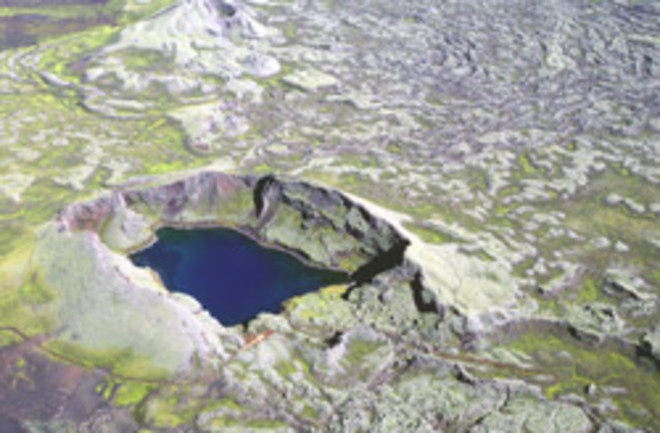 The eruption of Iceland's Laki volcano caused millions of deaths from Egypt to Japan, making it the most deadly in history.

In the summer of 1783, the largest volcanic eruption of the past1,000 years killed 9,000 Icelanders, dumped three cubic miles of lava into the surrounding region, and spewed out more than 100 million tons of gases.

As if that weren’t bad enough, Rutgers University climatologist Luke Oman says, the eruption of the Laki volcano created a climatic disaster that rippled all across the Northern Hemisphere and caused a famine that cut the population of the Nile River valley by a sixth.

Using a NASA computer model, Oman tracked the worldwide effects of the sulfate aerosol cloud that formed following the Laki eruption. The results show that the cloud blocked enough sunlight to cool large portions of Asia and North America. Tree ring data support the model’s conclusion, showing that in some areas, the summer of 1783 was the coldest in more than 500 years. That chilling, in turn, disrupted the delivery of seasonal rains to Africa and India. Because monsoons result from the temperature differences between land and sea, the yearly monsoon was so weakened that northern Africa and India experienced a devastating drought.

In 1783 America gained independence. Things weren’t so rosy in the Nile Valley, which suffered a volcano-induced famine.

According to French scholar Constantin Volney, a close friend of Benjamin Franklin’s who was traveling through Egypt at the time, the land “could not be sown for want of being watered.” The ensuing famine cleared the once-busy streets of Cairo, where “all had perished or deserted the city,” he wrote. Oman’s research is turning up other evidence of Laki’s far-flung influence. “Now we’re hearing about other places,” he says. “India had their own famine, and in Japan, it was devastating for the rice crops; up to a million people died, so we’re seeing many famines around the world. To see how this one event could cascade and impact so many areas was really amazing.”