Wind Turbines Could Theoretically Power the Entire World, and Then Some 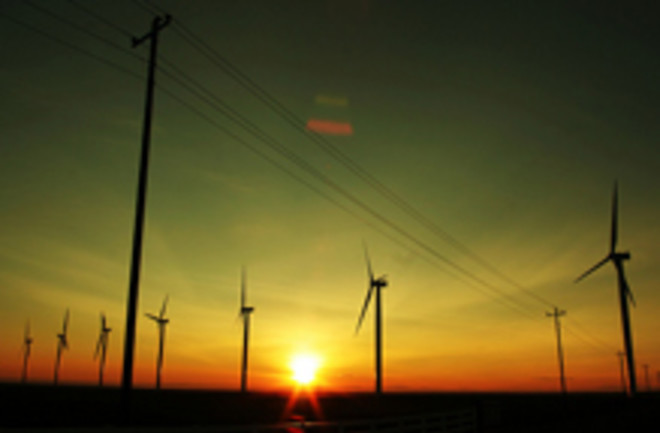 Sleek, streamlined wind turbines have become the icons of the green movement, but for all the

Its marginal role has led many to wonder whether the technology is worth investing in, and whether wind power is capable of supplying enough electricity to meet our needs. To answer those questions, researchers analyzed wind patterns around the world and found that wind power could theoretically supply the entire world with energy, and then some. The study, published in the Proceedings of the National Academy of Sciences,

isn't being presented as a realistic plan to achieve a renewable energy nirvana; it's simply an attempt to provide a sense of what's possible [Ars Technica].

But the researchers' reckoning of what's possible is quite impressive:

maxing out deployment of current-generation technology could produce five times the total energy used in the world today, and 40 times the electricity [Ars Technica].

The research group first sectioned the globe into areas of about 1,300 square miles each, and then analyzed NASA data about wind speeds in the

They assumed the use of 2.5 megawatt turbines on land and larger 3.6 megawatt turbines off shore, and conservatively estimated that the wind would blow hard enough for the turbines to reach their maximum capacity only 20 percent of the time. Under these constraints they still found that in the United States, scattering turbines across the Great Plains would produce more than 16 times the energy the nation now consumes, and off shore turbines could add considerably to that tally. While the study is a helpful thought experiment, no one expects the world to adopt wind power on such a large scale.

That’s because wind still faces a slew of obstacles. It’s still more expensive than traditional energy sources. It is intermittent and is at its lowest often in the U.S. during the summer when we hit peak demand in part from all the air conditioners switching on. And many of the greatest wind resources are far away from where people live – meaning we need to develop more transmission lines and a smarter grid to be able to tap into the wind at the right time [Boston Globe].