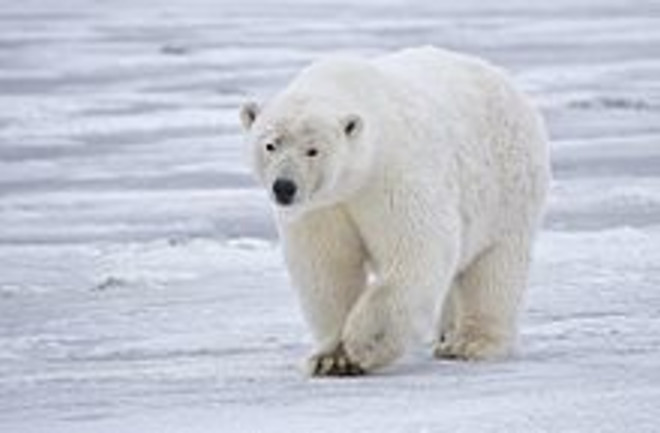 Not dead yet The new book Never Look a Polar Bear in the Eye: A Family Field Trip to the Arctic's Edge in Search of Adventure, Truth, and Mini-Marshmallows, by Zac Unger, has made some waves because it suggests that there has been some alarmism as to the extinction likelihood of this charismatic megafauna within the next 50 years. The public debate on this issue has veered between grave worry, to some guarded optimism. A moderately alarmist book to set against Unger's would be Richard Ellis' On Thin Ice: The Changing World of the Polar Bear, from 2008. Ellis was very dismissive of those who might suggest that polar bears might be able to adapt to changing conditions. For him the gates of scientific debate had closed. Of course in the end Unger takes the threats to the polar bear, and the arctic biome, seriously too. But, he emphasizes that he wishes that scientists might focus on the descriptive aspects of science, rather than becoming prescriptive in their pronouncements. When one makes a scientific inference confidence is rarely assured. Rather, there are a range of likely outcomes, of decreasing probability, around an expected value. In some cases it makes rational sense to emphasize the worst case scenario, because of the downside risks are so great. But the problem in the public discourse is that this condition is often elided or ignored, and the worst case scenario becomes the expected scenario. And if that worst case scenario does not pan out (and, if it is a worst case scenario, it is highly like not to come about), then the public may begin to doubt future predictions. I have warned against confusing the normative with the positive in cultural anthropology. The issues in biology are somewhat less fraught, because there is less of a human rights concern with animals. But the field of conservation genetics and ecology is unfortunately characterized by a tendency to confuse a statistic such as effective population or the shannon index of diversity with a "good" or "bad" value. Even a concept such as mutational meltdown, which is wrapped in a terminology which alarms, is not necessarily "good" or "bad," aside from the values which we impute toward it. For example, a mutational meltdown of mosquito populations, implausible as it might see, would be "good." A mutational meltdown of most other organisms might be "bad." Not because of science, but because of human values. The point is not that science can not inform policy. It is simply that policy is by nature normative, so when the boundaries between science and policy are blurred, then the boundary between the positive and normative are blurred. This does not redound to the benefit of science, because science's prestige is accrued from the fact that it presumes to be an objective, cold, and dispassionate observer as to the state of the world. There are surely enough activists in the world that scientists might think it would be wiser to expend their capital more prudently. The grandeur of science is not that it can speak truth to power with the prophetic voice of Elijah, it is that it is inhumanly blind to human concerns. Finally, in regards to the science it seems likely that the currently lineage of polar bears dates to ~500,000 years before the present, with some admixture with brown bears. This is important, because it means that polar bears survived through the Eemian interglacial ~125,000 years ago. Let me quote:

At the peak of the Eemian, the northern hemisphere winters were generally warmer and wetter than now, though some areas were actually slightly cooler than today. The Hippopotamus was distributed as far north as the rivers Rhine and Thames...Trees grew as far north as southern Baffin Island in the Canadian Arctic Archipelago instead of only as far north as Kuujjuaq in northern Quebec, and the prairie-forest boundary in the Great Plains of the United States lay further west — near Lubbock, Texas, instead of near Dallas, Texas, where the boundary now exists. The period closed as temperatures steadily fell to conditions cooler and drier than the present, with 468-year long aridity pulse in central Europe...and by 114,000 years ago, a glacial period had returned.

This does not prove that polar bears today would be resilient toward abiotic environmental changes, but, I think it cautions us not to deny out of hand those who might assert this proposition. But, as you likely know I do not believe that most megafaunal extinction in the past ~100,000 years were due to abiotic factors. Humans reshape the parameters of extinction probability because of our resource utilization ad encroachment upon organisms which are under exogenous stress.