When Ecology Blogs Would Have Bloomed

What would the science blogosphere look like in 1993 if it were around then? For one thing, I bet ecology blogs would have been all the rage, because there were huge hairy fights over the U.S. Endangered Species Act (ESA), national forest policies, and the meaning of wilderness, to name just a few issues that lit up public discourse and the political landscape during the 1990s. There were also raging internecine battles within the environmental movement, between the dueling philosophies Deep Ecology and Social Ecology (Dave Foreman vs Murray Bookchin--c'mon people, stay with me here). The Unabomber was on the loose, fer christ sakes! Can you imagine the red-hot Twitter debates over Ted Kaczynski back then? If the Center for American Progress (CAP) existed in 1993, it would have had a fiery blog called Ecology Progress, written by a former Department of Interior bureaucrat. He or she would have been armed with plenty of political fodder, as Congressional Republicans were gearing up to battle/undermine Clinton-era environmental policies. Biodiversity was taking root as the pre-eminent concern of the day and conservation biology was changing the face of ecology. Did I mention the sagebrush rebellion? I got to musing about all this after reading a lament on the current wasting away of some well-established ecology blogs. There are likely good reasons for their declining output (such as blogging being a time suck), but the sad truth is that blogs on ecology have suffered from low wattage pretty much since the dawn of the science blogosphere. They've never really caught fire with the public the way climate blogs have. In part, that's because the global warming issue has come to hog the enviro stage. But it also speaks to the ratcheting down of conflict that had made numerous environmental issues controversial in the 1980s and 1990s, as well as a frequent source of national news. Those days appear to be gone. Today, all the big, pitched enviro battles are fought over climate change and energy related issues. The green media sites that have juice focus on where the action is. It's possible that renewed debates on sustainability could lift ecology back into the limelight. We'll see. At the very least, you can expect ecological issues to be more frequently discussed in this space. It's a rich subject I used to cover regularly and I miss it. If you have any suggestions for ecologically-related posts (I like to be topical), please let me know in the comments. 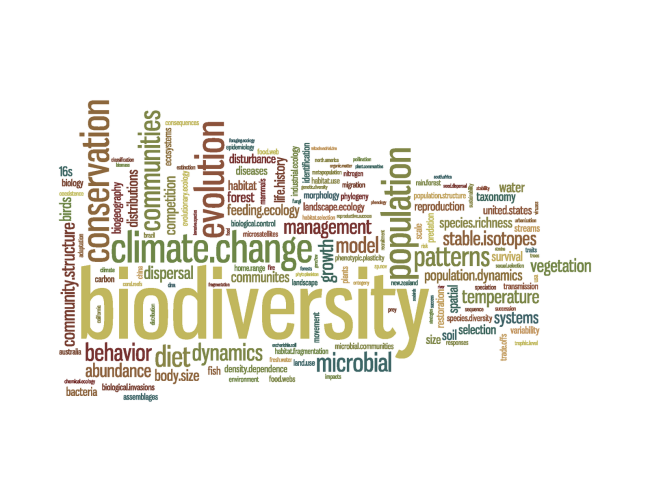 Planet Earth, the Pandemic, and the Power of One