Warning: A "Natural" Fetish is Harmful to Your Health 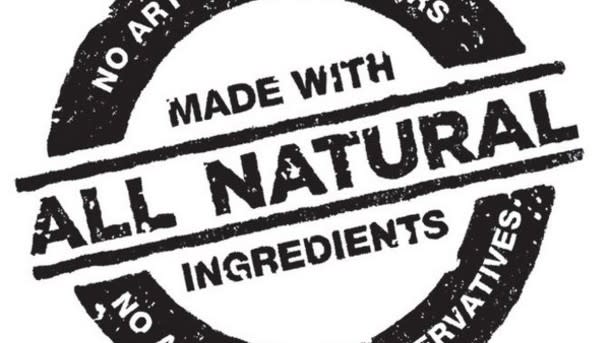 We believe that the case is closed— supplementing the diet of well-nourished adults with (most) mineral or vitamin supplements has no clear benefit and might even be harmful. These vitamins should not be used for chronic disease prevention. Enough is enough.

Good luck with that. As the New York Timesnotes,

Demand for vitamin and mineral supplements has grown markedly in recent years, with domestic sales totaling some $30 billion in 2011.

(It's a big business in the UK, too.) Naturally (pun intended), the Natural Products Association, the industry trade group for this modern-day snake oil, was none too happy, insisting that dietary supplements "are overwhelmingly safe." Not that they would know, of course, since the vast majority of the products are unregulated. As for their safety, the Times ran a front page piece on this issue yesterday:

Dietary supplements account for nearly 20 percent of drug-related liver injuries that turn up in hospitals, up from 7 percent a decade ago, according to an analysis by a national network of liver specialists. The research included only the most severe cases of liver damage referred to a representative group of hospitals around the country, and the investigators said they were undercounting the actual number of cases. While many patients recover once they stop taking the supplements and receive treatment, a few require liver transplants or die because of liver failure. Naïve teenagers are not the only consumers at risk, the researchers said. Many are middle-aged women who turn to dietary supplements that promise to burn fat or speed up weight loss. “It’s really the Wild West,” said Dr. Herbert L. Bonkovsky, the director of the liver, digestive and metabolic disorders laboratory at Carolinas HealthCare System in Charlotte, N.C. “When people buy these dietary supplements, it’s anybody’s guess as to what they’re getting.”

Gee, so much for that precautionary principle I keep hearing about from organic, anti-GMO folks. Speaking of, where are the consumer watchdogs and health advocates who are so obsessed with genetically modified foods? Surely, this Wild West of health products would be of concern to them? Not surprisingly, the Natural Products Association has jumped aboard the GMO labeling movement:

This is really very simple – people have a right to know what’s in their food.

People also have a right to know if pills branded as "natural" might destroy their insides. As the Times piece says,

unlike prescription drugs, which are tightly regulated, dietary supplements typically carry no information about side effects. Consumers assume they have been studied and tested, Dr. Bonkovsky said. But that is rarely the case. “There is this belief that if something is natural, then it must be safe and it must be good,” he said.

Gee, I wonder where consumers get that idea from? Marc Gunther explains it well and also suggests:

The challenge for all of us is to get beyond the simple dichotomies that characterize so much conversation around food. Natural vs. processed. Local vs. global. Small vs. big. Genetically-modified vs. conventionally bred. Organic vs. everything else.

I'm all for that. Meanwhile, I'll be looking for the champions in the Food Movement to take on the existing fuzzy labels, dubious health claims and very real dangers of the "natural" food products industry.