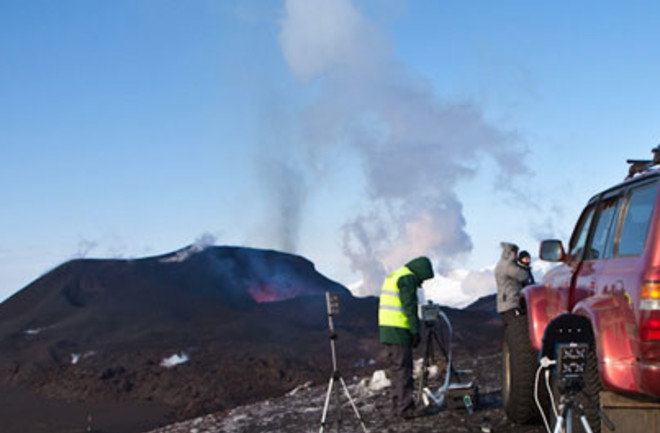 THE MOMENT: The Sarychev Volcano, in the Kuril Islands between Japan and northeast Russia, expels a plume of brown ash in the early stages of an eruption in June. The ash eventually reached several miles high. The white pileus cloud above the plume probably formed when water vapor in the rapidly rising air cooled and condensed. Astronauts captured this view from the International Space Station. Scientists are debating whether the break in the cloud layer above the volcano is related to the eruption or simply the result of the normal way that ocean air dries as it moves over an island.

THE SHOT: Photo by the Expedition 20 crew with a Nikon D2XS camera and 400mm lens.