Undersea Freshwater Reserves Could Quench the World's Thirst for Decades 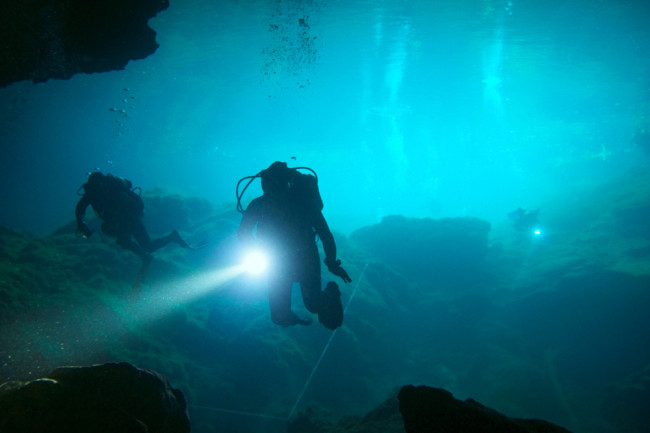 Freshwater is fast becoming a scarce resource as our global population swells. Some say World War III will be fought over access to it. But newfound reserves of freshwater under the sea may represent a vast source that has been previously overlooked.

Researchers announced this week that they've probed the extent of freshwater reserves under the sea off the coasts of South Africa, China, North America and Australia. Scientists have known about these pockets for a while but had no idea how many or how large they were. Now researchers estimate they contain about 120,000 cubic miles of water. Each cubic mile is equivalent to 1.1 trillion gallons, enough water to satisfy all of the United States' present water usage for about 9 days. The lead researcher put it in perspective for Agence France Presse

“The volume of this water resource is a hundred times greater than the amount we’ve extracted from the Earth’s sub-surface in the past century.”

These pockets of freshwater formed during the Last Glacial Maximum, as described in The Raw Story,

The deposits were formed over hundreds of thousands of years in the past, when the sea level was much lower and areas now under the ocean were exposed to rainfall which was absorbed into the underlying water table. When the polar icecaps started melting about 20,000 years ago these coastlines disappeared under water, but their aquifers remain intact — protected by layers of clay and sediment.

Since it isn't as salty as seawater, the reserves would be easier and cheaper to desalinate for consumption. The researchers say these freshwater reserves could sustain certain regions of the world for decades.

However these underground puddles aren't filled with Evian. The water is brackish and will require a fair amount of filtering. In addition, some larger problems loom. One, the water will be difficult to extract. As described in the Huffington Post

Drilling for the trapped water would be an expensive endeavor, and engineers have only two options to tap it. They can build a platform out at sea and drill into the seabed, or drill from the mainland or islands close to the aquifers.

And two, these are non-renewable sources of water. Our existing aquifers eventually get replenished by rainwater, but these newfound reserves are completely cut off from the hydrologic cycle, according to the paper

published in Nature. They won't get refilled until the next Ice Age, when sea levels drop low enough to expose them at the surface. Use wisely, then. Image credit: Krzysztof Odziomek/Shutterstock