To Track Greenhouse Gases, This Nonprofit Wants to Launch its Own Satellite 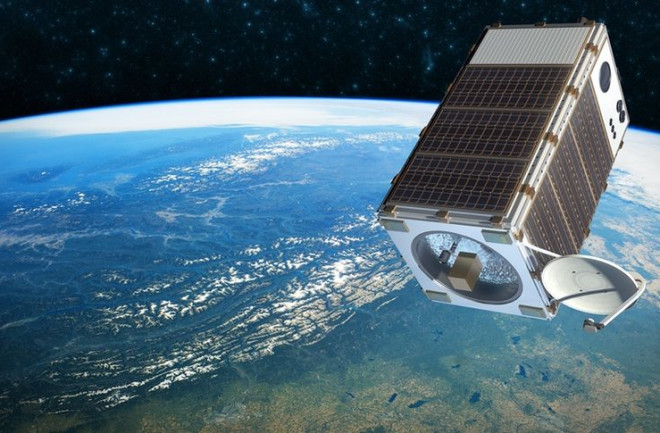 An illustration of one potential design for MethaneSAT, a global methane-tracking satellite. (Credit: EDF)

The Environmental Defense Fund (EDF) has granted two companies $1.5 million in contracts to design a privately-funded satellite that will track methane emissions around the globe. EDF announced Jan 10 that the companies will compete to offer designs for the craft, called MethaneSAT. Specifically, MethaneSAT would monitor human-generated methane emissions worldwide. The two companies chosen — Ball Aerospace and SSL — will continue to develop plans for the satellite. Once their designs are complete, EDF will choose one of the two companies to build the craft, which is set to launch in 2021. EDF announced its plans to develop the satellite in April of 2018, part of a larger effort to better track greenhouse gases. Methane is about 30 times more capable of trapping heat than carbon dioxide, so it's particularly potent. Better tracking will hopefully lead to new ways of decreasing or dealing with greenhouse gas emissions.

“It’s going to greatly increase our ability to monitor methane emissions from human activities on a global scale,” Steven Hamburg, Chief Scientist for MethaneSAT, said. Because the satellite would gather data on methane-production around the world, that data could then be used to figure out who’s responsible for creating the methane and what mitigation might be necessary to decrease those emissions, he says. We know that oil and gas operations, as well as agriculture, produce large amounts of methane, but this satellite will be able to collect the hard data to show exactly how much is being produced and from where. “The notion that we can see greenhouse gas emissions at a scale that’s relevant to effective mitigation … can be a game changer for overall greenhouse gas reductions,” Hamburg said. He added that this is “a new role or emerging role for the NGO world to really be a bridge to effecting change by using really sound science.” Additionally, Hamburg said that since the satellite is privately-funded, the process could potentially move faster than if it were to be developed with government funding.