Three days in the life of Earth as seen by GOES-17, soon slated to be our latest operational weather satellite 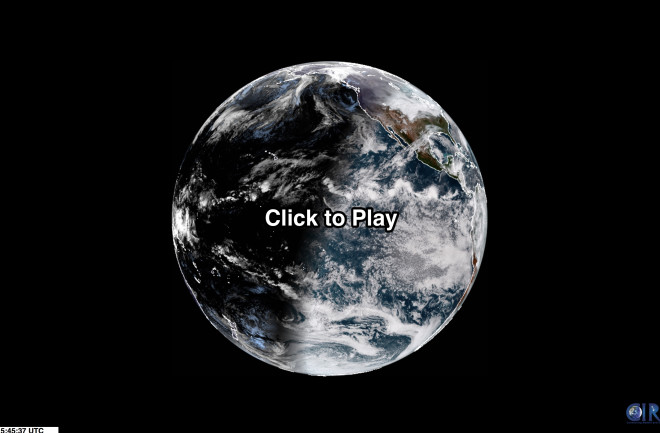 An animation of GOES-17 satellite images. (Source: CIRA/RAMMB/SLIDER) The newest U.S. weather satellite has moved into its operational position over the Pacific Ocean and is sending back stunning imagery despite a problem with its primary instrument. You can get a taste of that imagery in the animation above, showing the full disk of our planet over three days between Nov. 19 and 22, 2018. Click the image, and then make sure to zoom in and explore. Here's another example of beautiful imagery from the satellite, designated GOES-17: https://twitter.com/NOAASatellites/status/1063083770256019457 GOES-17 was launched on March 1, 2018, and in the ensuing months it has been undergoing post-launch checkout and testing. After a three-week drift starting on October 24, The spacecraft arrived at its current position on Nov. 13. More testing is to come before it is scheduled to become officially operational as NOAA’s GOES West satellite on December 10, 2018.

The geographical coverage area of the GOES East and West satellites. (Source: NOAA) GOES-17 now joins its sister satellite, GOES-16, which operates in the GOES-East position. Together, the two satellites view more than half the Earth in glorious high-definition – from West Africa all the way to New Zealand. In May 2018, scientists discovered that a cooling system in the satellite's primary instrument, the Advanced Baseline Imager, was not operating as designed. As a result of the malfunction, the ABI detectors cannot be kept at their intended temperatures under certain orbital conditions.

This example of degraded GOES-17 imagery was acquired on Aug. 14, 2018 near the time of peak temperatures within the ABI instrument. (Source: NOAA Satellite and Information Service) The upshot: At times, the ABI instrument cannot see some of the infrared radiation emanating upward from Earth. That's because this heat energy is being swamped by emanations from warm parts of the imager itself, thereby degrading the signal. But all is not lost. Far from it. Scientists have been working to optimize the performance of Advanced Baseline Imager, and the instrument is now projected to deliver 97 percent of the data it was intended to provide. That's quite a bit more than the current GOES West satellite. In fact, according to NOAA:

GOES-17 is observing with more channels, at a higher resolution, and with more rapid refresh than what is available from the current GOES West satellite.

To create your own animations of GOES-17 imagery, check out the interactive SLIDER tool.