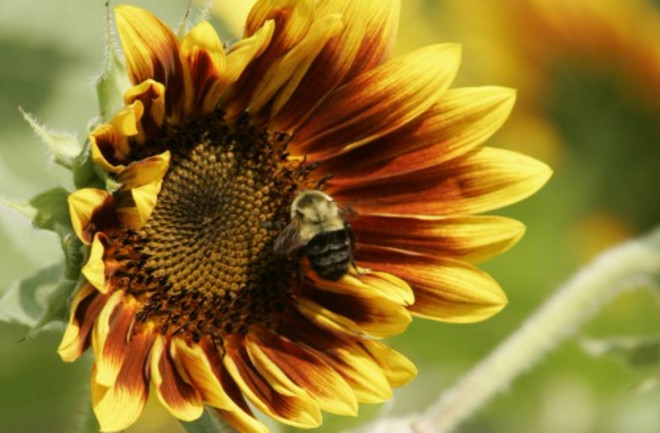 Pollinators are a critical component of a healthy ecosystem. They also affect 35 percent of the world’s crop production. (Image Credit: USFWS)

Pollinating animals play a crucial role in our food production system, and they are essential in maintaining the health and vitality of many ecosystems.  Unfortunately, many pollinator species, such as bees and butterflies, have been declining recently.  In response to that decline, the national Pollinator Health Task Force, commissioned by the White House, recently released the Pollinator Health Strategy.

The strategy details a plan to combat the myriad of threats facing honey bees, monarch butterflies, and other pollinators across the United States, and it includes repeated mentions of the role of citizen science in understanding these threats.

To accomplish these goals, the Task Force lays out plans for federal agencies to increase scientific research on pollinators and their conservation threats, increase public education about pollinators, expand public-private partnerships, and improve habitat. There is a clear path forward for citizen scientists to aid in the endeavor to protect pollinators by assisting in pollinator monitoring and research, as well as by educating themselves and others about pollinator conservation.

The strategy mentions citizen science opportunities like bioblitzes and Project Budburst, and below are a list of projects that you can join to study pollinators as citizen scientists. Pollinator-savvy readers will note the absence of several types of pollinators in citizen science projects.  These include flies, beetles, and in the southern part of the United States, bats.  Projects on these groups are lacking, and the animals are mentioned only in passing in the Pollinator Health Strategy.  While the focus on bees and butterflies is understandable, it does leave room for an increased understanding of the role of other pollinating groups, as well as the status of those species.  Perhaps this will be a new direction for citizen science- exploring the status and conservation of all pollinators.

If you wish to contribute your valued time and effort as a citizen scientist, choose a project from the list below to join and become a part of the national effort to study pollinators and restore their numbers. These projects are part of SciSarter’s database and you can always search for more pollinator projects using the project finder. (Click the project title to get started.)

Submit your sightings of any and all butterflies to the North American Butterfly Association.  The information helps track population distributions.

During the summer, monarch butterflies spread throughout the eastern United States and into Canada, laying their eggs on milkweed.  Volunteers are needed to monitor patches of milkweed for monarch eggs and larvae.

Many monarchs are parasitized by a tiny organism called OE. Citizen scientists can gently take samples from monarchs and send them to be tested for OE.

Volunteers are needed in Illinois, Missouri, and Ohio to take photographs of bees.  The information will be used to monitor the bee populations in those states.

Citizen scientists across North America are needed to study bees. Volunteers can photograph them, look for differences between different habitats, and create nesting sites and study the actions of mason bees.

There are hundreds of different species of bumblebees, and your help is needed to catalog the ones in your area. Just snap a picture and upload in online.

Honeybees are being attacked by a parasite called the Zombie Fly, and scientists need your help to determine how far the fly has spread. Collect and observe honeybees to see if they’re infected.

Ruby-throated hummingbirds are an important pollinator of many native flowers.  Track their migration and breeding with this project.