If Judith Curry, a climate researcher at Georgia Tech, ever found herself marooned on an island, where the other inhabitants included a tribe of climate skeptics led by Anthony Watts and another tribe of climate scientists led by Gavin Schmidt (whose enforcer, despite being a physicist, was Joe Romm), she'd probably end up living alone in a cave. This is a roundabout way of mentioning the chilly reception that a new PNAS paper by Curry and one of her colleagues (PDF here), is receiving over at WUWT. Like Policy Lass, what interests me most is the harsh response, and how, as Lass observes, Curry now stands accused of drinking Kool Aid with both sides in the climate debate. Judith, welcome to one of the seven hells in journalism, where you get to be loathed by all. (But we secretly love it!) In this fiery climate sphere, Andy Revkin reigns as lord master, where he is regularly slammed by Romm and his echo chamber at Climate Progress AND the hardcore skeptic wing. But back to the show. One commenter at WUWT, noting the negative reaction to Judith, gives her a backhanded compliment when he writes:

I have to applaud Judith Curry on having the guts to present her paper in the boxing ring of climate blogs where the wild and ignorant rule. but also these that think unbiased and try to address problems in creative ways. I just hope she was not counting on any mercy here.

Here's Judith's devastating parry: I don't want your stinkin' mercy, I'm just lookin' for some evidence of sentient thought. Okay, I paraphrased. Seriously, there are rumblings of an unfair and heavily moderated thread at WUWT over this paper (see here and here, for example), so I thought I'd provide a vehicle for the disaffected or suppressed to come on over here and express yourself. All I ask is that you be polite. More broadly, I think it's worth pointing out that Judith Curry occupies a peculiar space in the climate debate, where neither camp trusts her to carry water for them. UPDATE: In fairness, I should also note that Curry's PNAS paper is taken up in full by Willis Eschenbach over at WUWT.

EnvironmentHow Hot Will Climate Change Make the Earth By the Year 2100? 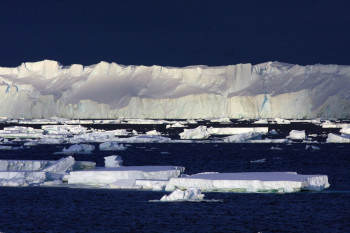