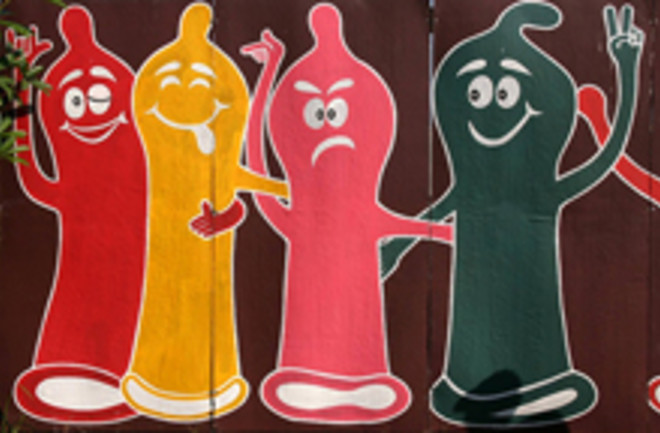 Scientists have argued before that controlling the earth's burgeoning population would be one of the most effective ways to slow global warming, since keeping millions of little consumers from being born would reduce the amount of fossil fuel that would have to be burned to keep them warm and fed and happy. Now, an advocacy group that focuses on overpopulation is taking the argument the next step, suggesting that people or companies looking to offset their carbon dioxide emissions should buy contraception that would be distributed in poor countries.

Optimum Population Trust (Opt) stresses that birth control will be provided only to those who have no access to it, and only unwanted births would be avoided. Opt estimates that 80 million pregnancies each year are unwanted. The cost-benefit analysis commissioned by the trust claims that family planning is the cheapest way to reduce carbon emissions [The Guardian].

The group, which has the backing of the original "population bomb" scientist Paul Ehrlich, claims that the CO2 emissions from one person's round-trip flight between London and Sydney, Australia could be offset by preventing one birth in Kenya. The scheme, called PopOffsets, has a basic online calculator that individuals and organizations can use to determine how much donated money it will take to offset their carbon emissions. But some commentators see a serious problem with the program: carbon emissions are exponentially higher in the industrialized world, where birth control is already widely available. BBC environmental analyst says

that reducing the number of people born in the US would make a big difference in achieving reductions in CO2 levels. Our correspondent added that carbon emissions from people in much of sub-Saharan Africa are so low that they can barely be counted [BBC News].

"Population offsetting" – even the name gives me the shivers – smells of warped imperialism, bordering on Brave New World [The Guardian].

The tide of expert opinion may be turning against carbon offsets in general. A travel company that was one of the first to offer offsets for flights, Responsible Travel, has declared offsets a distraction from meaningful action against global warming, and has shut up shop. Says company founder Justin Francis:

"It's perceived as this magic pill, this get out of jail free card if you like, that means you don't need to change your behaviour. You can go on flying just as much as you were before, you can run your hotel the way you were before, but through this magic pill somehow you can assuage your guilt. We need to be reducing the amount we pollute and I think carbon offsetting is a distraction from that" [BBC News].