The Man Who Aims to Feed Humanity's Future 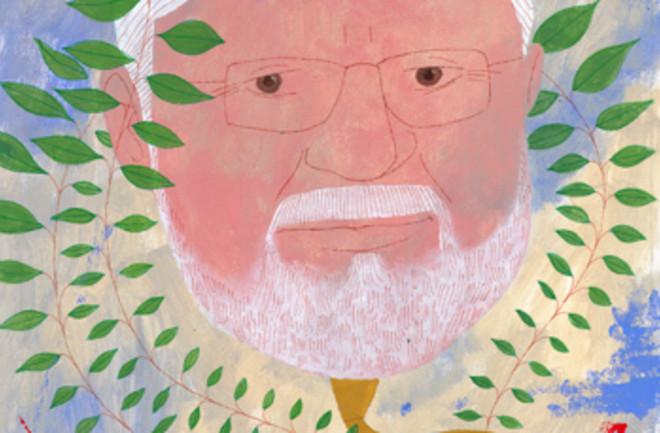 Pedro A. Sanchez, director of the Tropical Agriculture and the Rural Environment Program at Columbia University’s Earth Institute, has come a long way from the Cuban farm on which he was born. In 2002 he won the World Food Prize for, among other things, helping Brazilians turn 70 million acres of infertile savanna into productive farmland. Sanchez later led a project in Peru that dramatically increased rice yields and headed a center in Kenya that upgrades soil, and thus expands food production, by planting nitrogen-fixing trees in crop fields. Currently Sanchez, who earned degrees in agronomy and soil science at Cornell University, is director of the Earth Institute–sponsored Millennium Villages, model African communities that use high-yield seeds, fertilizers, medicines, drinking wells, and even the Internet to lift themselves out of poverty. Our reporter caught up with Sanchez while he was in Timbuktu, Mali, visiting one of those villages.

Projections show global population growing to 9 billion by 2050. What innovations will we need to feed all those people?One feat would be improving the efficiency of water use. It is possible to save a tremendous amount of water with drip irrigation: putting water through perforated hoses that are aimed at the crops, and the hoses drip little drops of water at pretty much the same time the crop needs it. I think we are through with big dams and big-project irrigation, which are very inefficient. In Timbuktu there are 15-horsepower Chinese engines pumping water out of the Niger River through four-inch pipes; the water goes into canals, then by gravity into rice fields. This approach can save a tremendous amount of fuel.

What else must we do, beyond using water more intelligently?We haven’t developed a new fertilizer in the last 40 years, so we need to increase the efficiency of our use of the current fertilizers. We also need to develop nanofertilizers, ones that place the nutrients right where the root needs it on the molecular scale. And genetic engineering for seed is essential. We need to develop transgenic crops that have more resistance to drought, that utilize nutrients much more efficiently—especially nitrogen—and that are resistant to diseases. In 10 years we may have drought-tolerant corn fully under production in Africa, which would make a huge difference.

People worry that we’re running out of farmland. Where will the additional crops come from to keep the whole world fed?A lot of increased production can come from South America—Brazil, Argentina, Colombia—especially in corn and soybeans and cattle. Parts of Africa, too. With 3 million hectares of good alluvial land, half of which can be irrigated easily, Mali could become a breadbasket.

How can Africa develop into a major food supplier?Right now Africa is producing only 1 ton of cereal grains per hectare, while Asia and Latin America are producing 3 tons per hectare and the United States is producing 10. We think African farmers, with government subsidies and a lot of private investment, can increase production to 3 tons per hectare in about 10 years. Malawi decided to provide subsidies for fertilizers and hybrid maize seed. It doubled its food production and is now a major food-exporting country. There have been no food riots and no price increases. So one country has had the guts—the cojones, as we say—to do the right thing, and finally the donors are excited to help other African countries do the same. This is a very good opportunity, when food prices are high, for African farmers to increase food production.

What do you hope the world will look like in 50 years?We will have a world in which there is no hunger. There might be some pockets, but there will no longer be a bottom 1 billion people living horribly while the rest of us get too fat. We will also see, with more development, a lot of peace. When you have less distinction between haves and have-nots, a lot of terrorism will end. Not that the people who do it are poor, but they represent the poor. A lot of things I’m talking about are things the American presidential candidates are talking about too. So that’s a chance for hope.Mariana Gosnell