The Forces that Narrow the Climate Debate

Last week on Twitter I lamented the simplistic public discourse on climate change, how it's often framed by those who dismiss the legitimate concerns of a warming planet and those who play up those concerns. American Politicians, especially those with leadership positions in the Republican and Democratic parties, could steer the debate into calmer waters if they chose, since what they write and say on controversial issues usually makes news. You can stop laughing now. 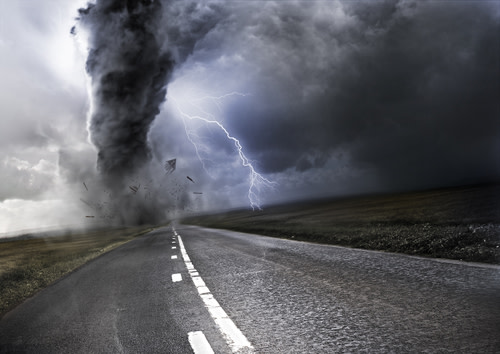 Image by solarseven/Shutterstock A recent Washington Postop-ed by Lamar Smith, the Texas Republican who is chairman of the House Committee on Science, Space and Technology, feigned to sound reasonable about climate change, the way Vice Presidential candidate Dick Cheney pretended to be reasonable in 2000 during his debate with Joe Lieberman. It didn't take long for many to be disabused of that facade and similarly, winking conservatives today know that on the issue of climate change, there isn't much space between Lamar Smith and his fellow Republican James Inhofe, the author of a new book called, The Greatest Hoax: How the Global Warming Conspiracy Threatens Your future. Smith is just more artful in the way he mischaracterizes climate science and downplays the threat of greenhouse gases. That said, Smith was dead-on about one thing in his op-ed, when he wrote that "unscientific and often hyperbolic claims" mar the climate dialogue. As if on cue, one prominent Democratic senator has just served up a classic example of exploitive hyperbole. Politicoreports:

This is simply not so, at least with respect to tornadoes, as even the normally climate shouty Grist acknowledges in this piece. Of course, in typically tortured fashion, others are discussing the difficult to nail down but still

climate change link to the terrible Oklahoma tragedy. As I've said repeatedly, the "new normal" in climate journalism is to explore a possible tangential connection between global warming and every weather related catastrophe. And so our climate soap opera continues, with alternating episodes of climate denial and climate doom. If you're in the mood for nuanced discussion that puts the Oklahoma tornado/climate issue into valuable context, read this Dot Earthpost by Andy Revkin, who says that the relationship between greenhouse gases and tornadoes is "an important research question," but one that "has no bearing at all on the situation in the Midwest and South — whether there’s a tornado outbreak or drought." He goes on to write:

The forces putting people in harm’s way are demographic, economic, behavioral and architectural. Any influence of climate change on dangerous tornadoes (so far the data point to

) is, at best, marginally relevant and, at worst, a distraction.

So true. Let's also not let the forces that narrow the climate debate hijack a discussion of those important demographic and socio-economic factors.