The Amazing Sex Lives of Coral: Girls To Boys, And Then Back Again 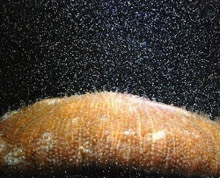 Humans might be the only species that actually choose to go under the knife to have their sex changed. But sometimes gender switches are a semi-regular occurrence in other species. In Colorado, fish are changing sex at rapid rates, reportedly due to the estrogen dribbling into Boulder’s Wastewater that’s concentrated enough to turn males into females. Now, we can add sea coral to the list of organisms that are changing sex as a response to environmental factors: Israeli scientists report that Japanese corals change their sex to survive the pressures of climate change. Zoologist Yossi Loya from Tel Aviv University discovered that female mushroom coral becomes male when the ocean floor gets too hot. Even a shift in a few degrees in temperature can be detrimental to coral, causing it to bleach and even die. In order to cope with the added stress of climate change, female corals adapt by changing their gender. The reason for this abrupt switch is because it takes more energy to be female, making male coral more adaptable to the heat. By having the ability to shift to a mostly male population, corals can maximize their reproductive effort—which is important, since they are basically stuck to the ocean floor. Of course, the sex change in corals is easily reversible, so when the environmental situation normalizes, the males become females again. At first glance all coral may look the same, but you can tell them apart by their sex organs — males have gonads and females have eggs (as seen here). If only it was that easy for humans. Related Content: DISCOVER: Transsexual Brains DISCOVER: Gecko Sex