The 9 Industries That Will Be Most Screwed by Global Warming

If climate change reaches scientists' more dire predictions, it could change every facet of our society. But some industries will be especially hammered. 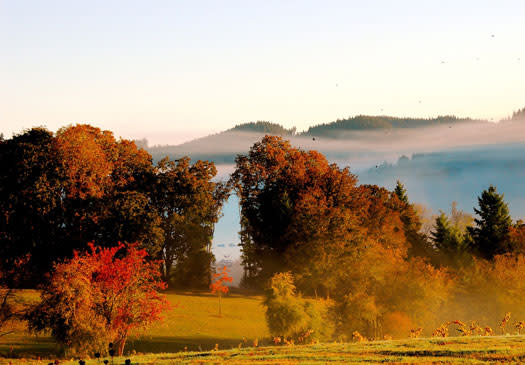 Wine grapes grow best in the rare Mediterranean climate, which is why specific areas of the world--like California, Chile, France, and Spain--have become winemaking hubs. But climate scientists worry that global warming will endanger vineyards, as the increase in very hot days takes a toll on delicate grapes.

Spanish winemakers who have grown in the same spot for generations are moving into the foothills of the Pyrenees Mountains. The news isn't all bad: Some places, like England and the Pacific Northwest, could become new havens for winemaking as they see increased temperatures. But overall, a PNAS study says, the amount of land suitable for winemaking could decrease by more than half. 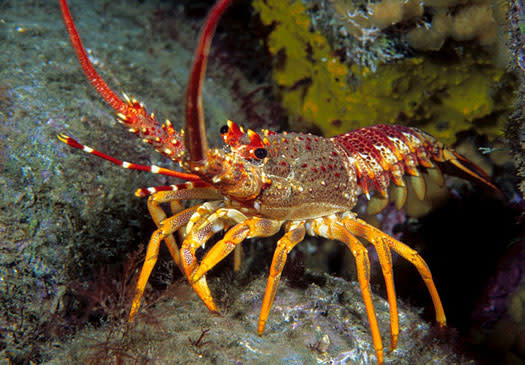 Global warming could seriously mess with fisheries in a few ways: Carbon dioxide in the air contributes to ocean acidification, sea level rise could change the dynamics of fisheries, and cold water fish like salmon could be pushed out by warming streams.

And so the fishing industry is worried--though some are taking action. Australians who depend on catching rock lobsters, for example, are hurrying to gather research on how warming trends could kill their livelihood. A study just released by the Australian government warns that warmer coastal waters may spread of the ecosystem-destroying sea urchin and be unable to support lobster in the future. 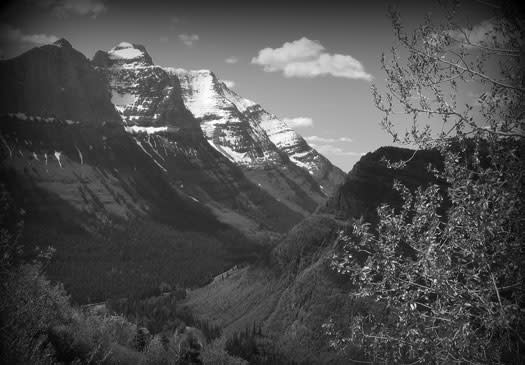 Mountain biking might stay strong despite climate change, but you can't ski or snowboard without snow. Major U.S. ski resorts like Park City, Utah, haven't yet seen significant effects. But based on the projections of climate scientists, resort owners are already fearing the worst, if much of the snow disappears. 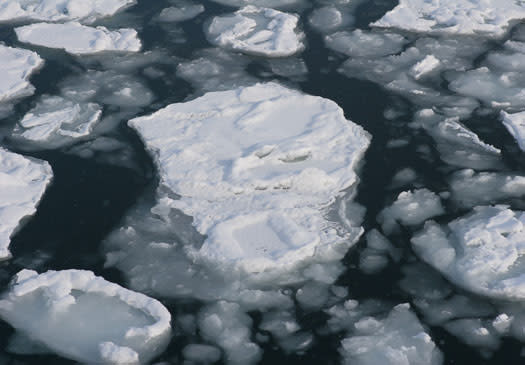 Taking people around the world is one of the most carbon-intensive activities on Earth (though the guilt this creates helps to maintain the carbon-offsets industry).

But what if the place you're going to see may not be there when you arrive? That's what may happen in Hokkaido, the northernmost of Japan's main islands. Tourists come to see the collection of marine life, including dolphins and sea eagles, that live in the ice floating down from Russia. But with less ice every year, those who make their living through tourism in Hokkaido are worried.

It's not just icy attractions, either. Tropical islands, like the Maldives, worry that rising sea levels could leave their islands underwater. The president of the Maldives is even considering raising money to buy a new homeland if the islands become uninhabitable. 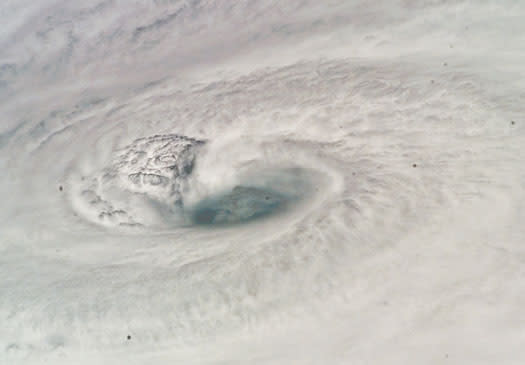 Though some of the global warming-natural disaster links aren't proven--like the idea that hurricanes will become more frequent or intense--potential disasters like rising sea levels and severe drought have caught the focus of most insurance companies. Some have even taken the lead in providing incentives to combat global warming, hoping to forestall any more Katrina-like climate disasters that could potentially ruin them. 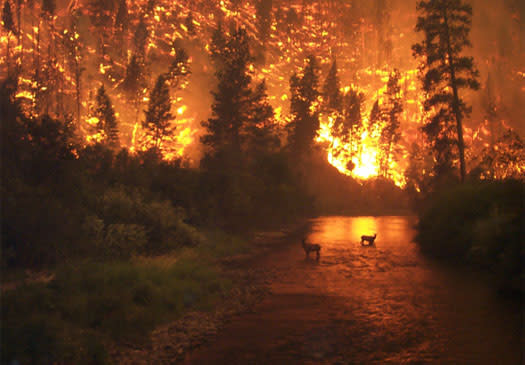 Drier means more dangerous for the forestry industry, as global warming increases drought problems and raises the chances of wildfires.

Some, however, see forestry not as an industry in trouble, but as a way to slow the warming. Forests act as carbon sinks because plants take in carbon dioxide--and some scientists think they can even boost that ability. In a paper in Science last year, researchers recommended both reforestation and efforts to increase the density of forests, so more carbon could be sequestered per area. 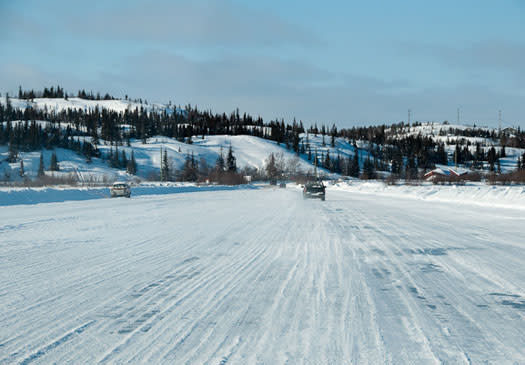 The business of mining might change sooner rather than later; if the government signs a carbon cap-and-trade limitation on emissions, for instance, coal mining would have to adapt immediately. But warming could also change the physical conditions for mining industries.

For example, Canadian mine companies worry that the melting ice in the Arctic could include the ice roads drivers use to access remote locations. Flooding rains have already washed out roads in the Yukon. And the forest fires that trouble the forestry industry could also pose problems for miners, like the 2002 Utah forest fire that suspended operations at the Deer Trail Mine. 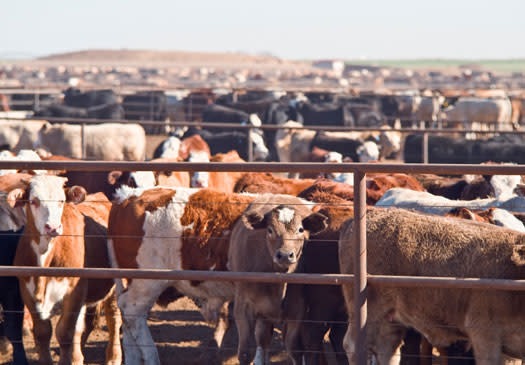 The U.N. Food and Agriculture Association calculated that the meat industry around the world produces 18 percent of the world's greenhouse gas emissions. The major culprits are the nitrous oxide that comes from the manure created by large livestock operations, and the methane emitted in cow burps and farts.

Add to that the energy it takes to grow the huge amount of corn for livestock feed and the transportation emissions of moving animals around, and you've got a business that's a major contributor to global warming. The meat industry is going to go through some uncomfortable changes, either through regulations on greenhouse emissions, self-regulation, or losing consumers to vegetarianism. 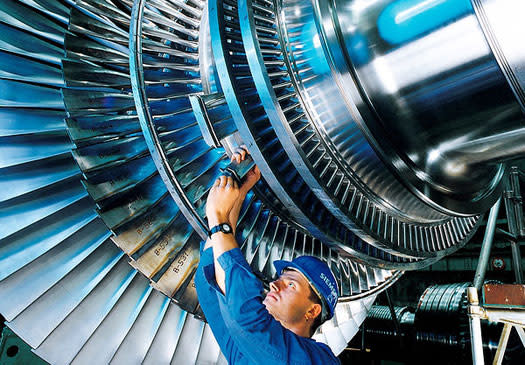 With new, eco-friendly technologies waiting to replace old-school nuclear or fossil-fuel turbines like this one, the energy industry is going to drastically change... eventually.

At the moment, though, fossil fuels are still the cheapest option. Climate legislation that could enact a carbon cap-and-trade system, or a national renewable portfolio standard that would require a percentage of U.S. energy to come from renewable sources, is stuck in Congress.

Meanwhile, the EPA is contemplating whether to use its newfound power to regulate carbon to fill the void left by legislative inaction.