The 19th-Century Antarctic Air Molecules That Could Change Climate Models

As we bit adieu to a new Antarctic expedition, we have high hopes for what they'll bring home when they return. 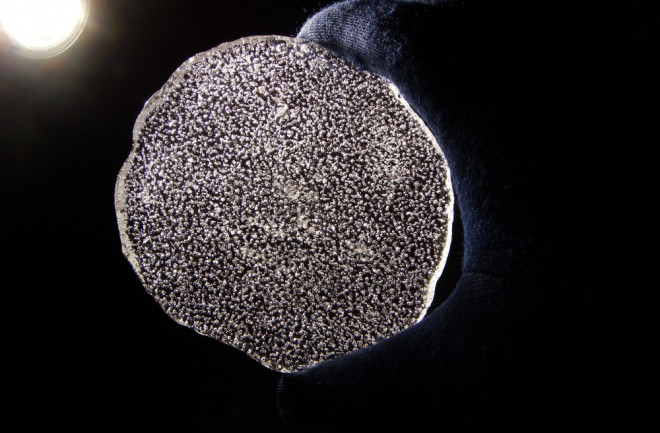 Friends and loved ones bid adieu to members of the latest research team to begin the long trek to Antarctica this weekend.

The goal of this latest expedition, which is scheduled to return mid-February, is to see whether concentrations of an atmospheric molecule called hydroxyl, or OH, has changed over time since the industrial revolution. The answer will greatly affect climate models: OH is responsible for degrading molecules like methane, one of our most potent greenhouse gases, in the atmosphere.

We checked in with Peter Neff, glaciologist and ice core aficionado at the University of Washington, before he left home on Sunday. This will be his fourth ice coring expedition to Antarctica.

Some of us have enough trouble packing for a weekend camping trip – imagine instead packing for three and a half months of remote living in subzero temperatures while maintaining important scientific equipment. Now try to stay within the bag limit.

After stocking up on long underwear – always wool-based, says Neff, synthetic doesn’t cut it – the team will first fly commercial to Hobart in Tasmania. They’ll spend a few days there getting outfitted before the four-hour flight on a small Airbus to Casey Station, an Antarctic base run by the Australian Antarctic Division. Their gear, however, takes up significantly more space: An additional fully-loaded C-17, a giant military-style cargo plane, will meet them there.

But Casey Station isn’t their final destination. After two more weeks of preparations there, the team will trek 90 more miles (150 kilometers) away from the base via tractor traverse. These transporters roll across the ice on a continuous track like a bulldozer or tank, pulling behind them what are essentially shipping containers on skis.

In those containers are things like a big diesel generator, a kitchenette space, and a bunk-style living space.

“I don’t actually anticipate that we’ll use (the bunks) much,” says Neff. “Those of us that sort of go down there often really prefer sleeping in mountain tents because it’s the only private personal space that you have for that amount of time.”

Before they can get to work, the group will have to finally assemble an entire research camp as quickly as possible in one of the most remote locations on the planet. Neff says he hopes the camp will be up and running by December, but that that might be overly optimistic.

But their privations are for good reason. The team is in search of information about hydroxyl (OH), a radical molecule of crucial importance to the health of our atmosphere. The radical name doesn’t just mean it’s hip and trendy – though it may become that, too, as attention to this mission grows. It’s a radical because it’s highly reactive.

For our chemistry-curious readers, the story of OH begins with atmospheric ozone (a molecule made up of three oxygen atoms, or O3) and water vapor (two hydrogens and an oxygen make an H2O).

When ozone in the atmosphere gets hit just right with the sun’s UV light, one of the three oxygen atoms gets booted off and immediately steals a hydrogen atom from a nearby H2O water molecule. This leaves us with two molecules that are just an O and an H.

But this reaction leaves each OH molecule one electron short of a complete set. These molecules want to fill this void so badly that they only exist in the atmosphere for about a second before sacrificing their OH identity in exchange for an even number of electrons. To do this, each OH is drawn to the nearest molecule it can “oxidize” — or pull electrons from – which happen to be atmospheric pollutants like carbon monoxide (CO) or methane (CH4).

This starts an atmospheric chain reaction that ends with a bunch of more stable – and non-polluting – molecules, some of which are recycled into new OH molecules. In other words, the OH molecule cleans up pollutants in the atmosphere.

The Antarctic expedition is hoping to find out whether concentrations of OH have changed over time since the industrial revolution. To do this, they need to drill ice cores in a spot that’s gotten lots of snow for centuries.

When snow falls, it traps air molecules with it. Layer by layer, un-melted snow packs into ice that still has little bubbles of historical air trapped inside. This allows researchers to drill down into the ice to find out what the composition of the atmosphere was years ,or even centuries, ago. The deeper you drill, the older the ice, and the older the air trapped inside of it.

“How lucky are we that when snow falls, it has air trapped between it,” says Neff. “If you just have layer upon layer of snow, eventually those little fingers of snowflakes get turned into a little bubble capsule that perfectly preserves old atmosphere.”

Most of Antarctica is a polar desert, which means ice is everywhere, but snow isn’t as common. That’s why this new research camp has to be so remote – it’s in one of the only locations where enough snow has built up to trap over a century’s worth of air.

To complicate matters further, the OH molecules from the past are long gone. The researchers have to instead measure telltale by-products of the reactions they cause: carbon monoxide molecules that are made out of carbon-14 isotopes (rather than ordinary carbon-12 atoms).

Worse, when an ice core sample is brought to the surface, naturally occurring cosmic radiation reacts with ice to create more carbon-14. So to preserve the historical atmosphere, the researchers have to work ultra-fast to get the gas sample out of the ice and into another container.

“To avoid that contamination, we melt it as fast as possible,” explains Neff. “We have these hot potato ice cores that we put into the giant vacuum chamber that I built.”

Neff’s chamber, nicknamed the “hot tub time machine,” lets the researchers melt the ice on site and harvest the gas from the bubbles that had been trapped inside. The shelter built around the machine, appropriately, is the “melter shelter.” The canisters of old air will eventually be transported all the way back to labs in the U.S. for analysis.

In the end, the team will end up with estimates of atmospheric hydroxyl concentrations that date back to about 1880.

Because of the complicated way in which hydroxyl interacts with molecules like methane, current hypotheses conflict about whether increases in pollutant molecules in the atmosphere would increase, decrease, or have no effect on the concentrations of hydroxyl responsible for breaking them down.

This new research should answer that question – and have big implications for how scientists predict emissions to impact the future climate. But we won’t know the answer for months or more.

As for Neff and the other researchers on his team, they’re somewhere en route to Antarctica right now.

“It’s really difficult to kind of gracefully shut down your life,” says Neff. “I hope I said goodbye to enough people.”

Despite the challenges of working in Antarctica, Neff seems to enjoy his work. “We have a pretty good research community in ice core science,” he says. “I’ve been doing it now for more than ten years and it’s pretty amazing stuff to get to do.”