Tesla Unveils a "Mass Market" Electric Car, but It's a Long Way From the Sales Lot 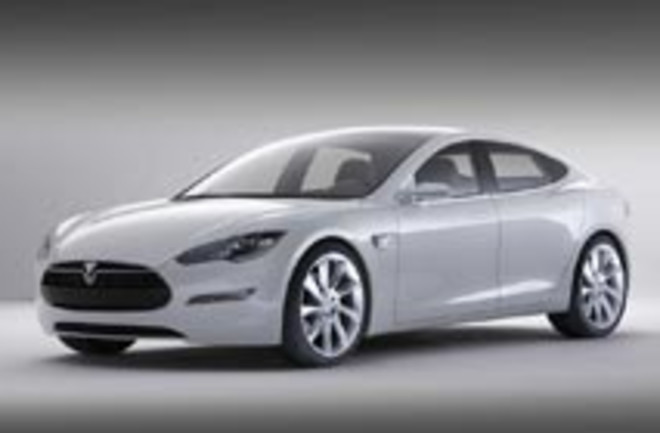 The Silicon Valley startup that's seeking to revolutionize the automobile industry has unveiled the prototype for its all-electric sedan, which the company, Tesla Motors, describes as the first mass market all-electric car. But the cars won't be rolling off the assembly line any time soon--because the company hasn't built the assembly lines yet. Tesla couldn't build a factory for the sedan, called the Model S, until it rounded up more money, which became more difficult over the last year as the economic climate worsened. Elon Musk, Tesla's founder, says he hopes the first cars will be delivered to customers in 2011.

The company plans to produce 20,000 cars a year. However, Tesla has yet to secure finance for the project. It says it is confident of negotiating a $350 million US government loan from the $25 billion bailout package approved by the Department of Energy last year. The government fund is intended primarily to help struggling carmakers to make more fuel-efficient cars [Times Online].

Tesla has already produced one all-electric car, a sports car with a considerably higher price tag.

The Tesla Roadster was a low-slung, $109,000 rocket ride, with a body based on the Lotus Elise and capable of going from zero to 60 miles per hour in 3.9 seconds.... [Tesla Motors] claims to have sold 1,200 Roadsters, with 250 delivered to wealthy, tech-savvy eco-enthusiasts in such places as Silicon Valley, Los Angeles, and New York [Business Week].

The Model S, a sleek four-door, will sell for a base price of $57,400, but Musk says a federal tax credit brings that price down to $49,900. The basic model will be capable of driving 160 miles before the battery requires recharging, which will take about 45 minutes. For an extra (and as yet undisclosed) price, customers can opt for a 230-mile or a 300-mile battery. There's the rising competition in the electric car marketplace.

The Model S will hit the market at the same time as a flurry of new "plug-in hybrid" vehicles, including GM's Chevy Volt, which will run on electric power and gasoline. Nissan, Toyota, and Ford plan similar fuel-efficient offspring [Business Week].