Take Down the Dams, and Make Way for Salmon! 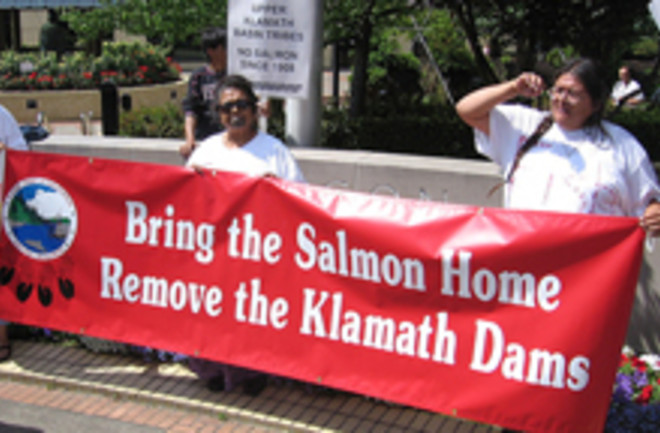 In a landmark concession that will likely lead to the largest dam-removal effort in U.S. history, an electrical utility company has agreed to destroy four dams on the Klamath River to help migrating salmon and steelhead. The dams won't be decommissioned until 2020 and there are still regulatory hoops to jump through, but fishermen and environmentalists are delighted by the development.

"We're about to make changes to the Klamath Basin that will be observable from space," said Craig Tucker of the Karuk tribe, which traditionally fished for salmon [Los Angeles Times].

was once home to one of the most vibrant salmon runs in the West. But since the first dam was erected in 1908, the region has been host to a nasty battle over water rights, with wildlife and commercial fishers ultimately bearing the worst scars as regulators were forced to repeatedly close salmon fishing along 700 miles of the Oregon-California coast [Greenwire].