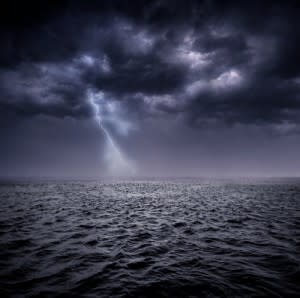 Thank god for air friction. Without it, falling rain would smack into our heads at hundreds of miles per hour. But friction works both ways---falling raindrops also slow down the movement of air molecules in the atmosphere. A new paper in

also show the height from which rain started falling, the researchers could plug how far raindrops fell into their energy calculations. It all adds up across the whole globe: the researchers estimate the total rate of energy dissipation from rainfall to be 10^15 Watts. That's a lot of energy, but still unlikely to affect major weather phenomena like hurricanes or tornados. [via Nature News