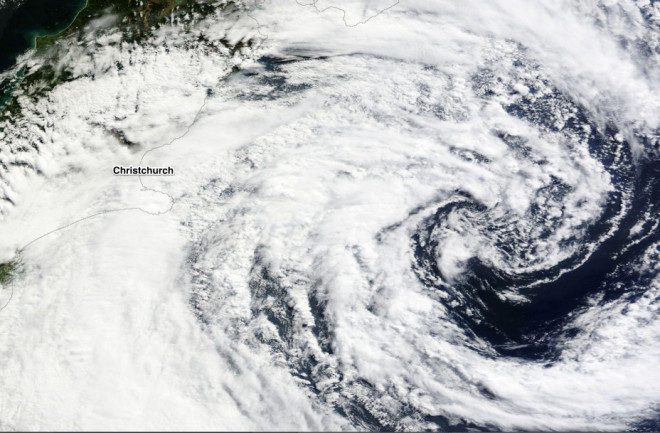 Authorities warned residents to consider the floodwaters contaminated. It's unclear how many homes were flooded. One account puts the number at up to 100.

The storm is seen swirling off the coast of New Zealand in this 24-hour animation of MTSAT-2 images. As more imagery and information become available, I'll post an update.