Stare Into the Fiery Abyss With Werner Herzog 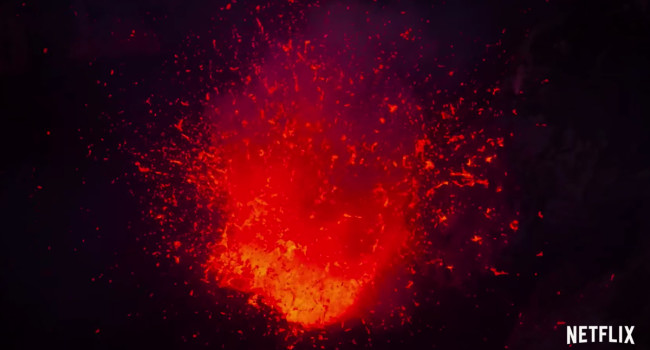 Peering into the bowels of earth is not for the faint of heart. Werner Herzog has never been one to shy away from danger, however, and in his latest documentary, Into the Inferno, the prolific German filmmaker stands right on the precipice of a volcano to give us a glimpse into the boundary between Earth's surface and the lake of fire that lives below. In the film, Herzog stares into fiery abysses in Iceland, Ethiopia, Australia and even North Korea, accompanied by Cambridge volcanologist Clive Oppenheimer. His goal is to find out how puny humans the world over relate to the "mighty flames of the gods' engulfing doom" that lie just beneath our feet, while explaining the titanic forces that bring liquid rock to the surface. [embed]https://www.youtube.com/watch?v=YoSmPkWmG4k[/embed] The trailer brims with apocalyptic imagery — boiling lava, pits of doom and rivers of molten rock abound — but Herzog seems just as intrigued by the people who live in the shadow of the volcanoes. As with previous documentaries like Grizzly Man and Happy People: A Year in the Taiga, Into the Inferno examines the awe-inspiring, yet often cruel relationship between humanity and the natural world. The film premiered at the Telluride Film Festival this year, and is set to debut on Netflix on Oct. 28. It's going to be hot.