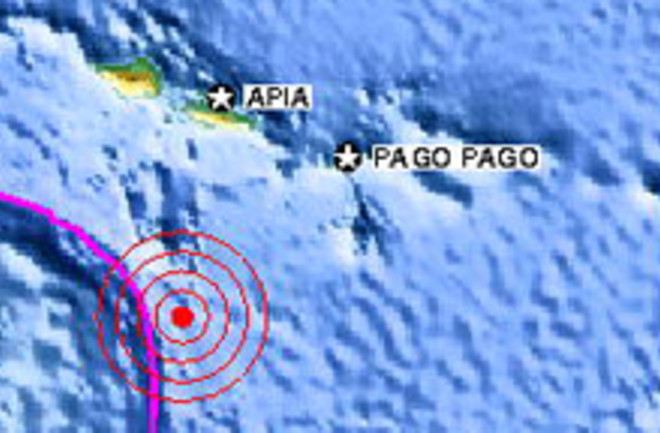 The tsunami that struck the South Pacific islands of Somoa, American Somoa, and Tongo yesterday has resulted in at least 108 deaths, according to early reports. Experts monitoring the underwater earthquake that triggered the tsunami have issued various reports of its magnitude, ranging from 7.8 to 8.3. The powerful quake struck early on Tuesday morning, local time, as island residents were getting ready for work and school. About ten minutes after the shock, ten-foot-high waves hit American Somoa's shore.

“American Samoa is a small island, and most of the residents are around the coastline,” [said Filipo Ilaoa, deputy director of the American Samoan office in Honolulu]. “There was no warning or anything at all. By the time the alert was out of the Pacific Tsunami Warning Center, it had already hit” [The New York Times].

Officials at the Samoa Meteorology Division said many of those who died were killed by a second wave after they went to gather fish that had been washed up after the first [BBC News].

In Tonga, an island nation to the south of the Samoan islands, officials have reported six deaths. But there may be more grim news to come.

New Zealand's acting Prime Minister Bill English said Tongan officials had told him a "considerable number of people" had been swept out to sea. Mr English added: "Over the next 12 hours the picture could look worse rather than better" [BBC News].