Some Animals Need to be More Endangered 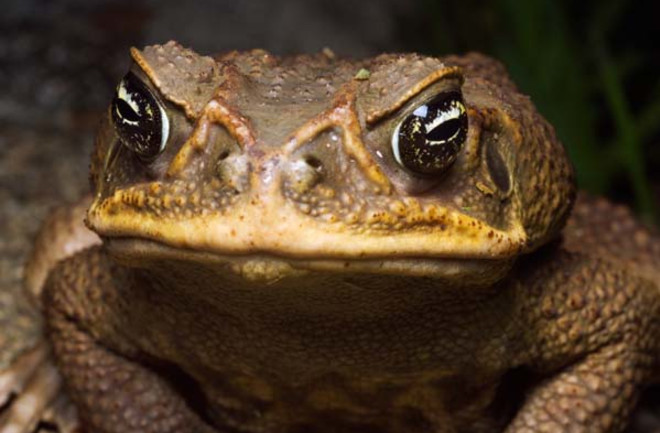 Why are the cute animals always the ones that suck at mating, while vermin like pigeons, rats, and bacteria are breeding their brains out? To rectify the situation, many eager citizens have illegally taken matters into their own hands. But in Australia, where the poisonous, invasive cane toads that plague the country have evolved longer legs to expedite their conquering of the outback—lawmakers themselves are getting into the spirit of things. Shane Knuth, a member of Australia's parliament, wants to hold a day dedicated to killing cane toads—"a special day that Queenslanders, especially children, could all play their part." As an incentive, the toads would have a bounty on their heads—last year he proposed 40¢ per toad. Although Knuth has admitted to "belting toads with whatever I could get my hands on" in the past, cricket bats, footy boots, and golf clubs would not be allowed. Instead, Australia's youth should shut them in the fridge until they pass out, then stick them in the freezer for the kill. Yum! Knuth hopes to propose Toad Day Out to the Prime Minister, and notes that "we will be waiting 50 years if we rely on science."