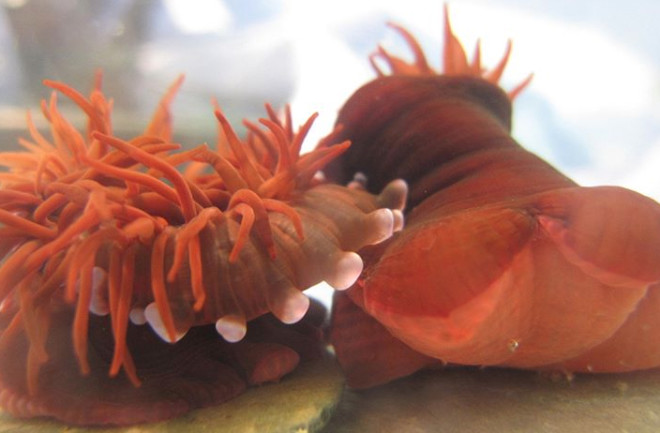 (Credit: Fabian Rudin/University of Plymouth) These colorful looking koosh balls are sea anemones, a predatory sea creature related to coral and jellyfish. Scientists at the University of Plymouth are conducting a long-term investigation into the behavior of sea anemones, and what looks like a muppet battle is actually an experiment in action. The group has discovered that environmental changes like different flow regimes and decreased oxygen levels often lead to conflict beneath the waves. Understanding just how these changes affect the creatures living in a shifting environment is particularly relevant in a world struggling with climate change. This particular study, published in the Journal of Experimental Biology focuses on the beadlet sea anemone Actinia equina and its response to changing oxygen levels. As levels dropped, anemones who had been living in oxygenated waters were more likely to fight over a prize, and, perhaps unsurprisingly, more successful at it than their oxygen-deprived rivals.