This summer, many more Americans may have to choose between getting exposed to West Nile encephalitis or getting sprayed with a mild neurotoxin. Maybe they should just stay indoors.

We didn't really believe the stories until we went out ourselves," Bart Mansi says. "That's when it really hit us." Last fall, he and other lobstermen along the Connecticut shore kept hearing about a great lobster die-off 30 miles to the west - one that began around the time that New York City started spraying malathion to prevent an epidemic of West Nile encephalitis. Then in early October, as they plowed into the frigid waters of Long Island Sound, they found disastrous proof of the rumors: pot after pot of dead lobsters, and others so weak they died a day or two after arriving on land.

Worried and baffled, Mansi hooked up with biologist Mike Loughlin, now at the National Marine Fisheries Service. During the next couple of weeks, Loughlin examined dead lobsters up and down the coast and took hundreds of blood samples. His diagnosis: The lobsters were killed by paramoebic and bacterial infections, but only because something had broken down the animals' immune systems first. Altogether, some 10 million pounds of lobsters died of unnatural causes off the Connecticut and New York shores last season, and the losses are expected to continue for several years.

Suggestive, disturbing, and maddeningly inconclusive, the lobster fatalities typify the environmental incidents that observers have linked to malathion. The lobstermen quickly blamed the pesticide, but sewage runoff and other pesticides could just as easily have been the culprits. True, the timing of the die-off was suspicious—malathion has been known to kill crustaceans, and the spraying had already killed hundreds of fish on Staten Island. But it’s hard to imagine that, after being diluted in millions of gallons of water, enough of the pesticide could have drifted or flowed into the Sound to kill the lobsters.

As for the pesticide’s effect on people, the evidence is just as ambiguous. Biologists say that the human body can break down malathion much faster than mosquitoes can, and most agree that the spraying in New York was too light to cause harm. Yet U.S. Poison Control Centers have a database of more than 10,000 incidents involving malathion, some of them fatal. This spring, after a four-year review, the EPA declared that there is “suggestive evidence” that malathion can cause cancer. Yet an agency representative described the danger as “below our level of concern.”

How to weigh such risks? When does paranoia become reasonable suspicion? When does the long-term danger of spraying a mild neurotoxin outweigh the short-term danger of a crop infestation or a mosquito-borne disease? This summer, city officials across America may ask themselves those questions as they face the same agonizing choice that New Yorkers faced. West Nile encephalitis—a cousin to St. Louis encephalitis—was never seen in North America before last year and is probably here to stay, most epidemiologists say. The next likely target is the Southeast, with its sweltering temperatures and plentiful mosquitoes, but no one knows when an epidemic will come or what toll it will take. In 1975, when St. Louis encephalitis struck Chicago, more than 500 people contracted the disease and 47 died; the next year only a handful were infected.

Last year, when New Yorkers began dying of the disease, the city ordered a fleet of helicopters, trucks, and an airplane to spray malathion and other pesticides for weeks. The potential epidemic was eventually contained (with the help of cold fall temperatures), but the long-term costs of the victory may never be known. This year, the city isn’t taking any chances. In March, mosquitoes in Queens were found to contain West Nile viral RNA, so the city launched an unprecedented campaign to keep mosquitoes from breeding and hatching. Spraying pesticides like malathion, officials say, will remain an option.

In the meantime, hardware stores still sell malathion, and the EPA can only assure that it’s “one of the least risky of the riskiest class of pesticides.” Before health officials decide to spray it over cities again, perhaps they ought to take a look at malathion’s less-than-reassuring history (see “Malathion: Fear by Year,” at left)—remembering that DDT, too, once seemed like humanity’s last, best defense against mosquito-borne diseases. Better yet, as temperatures rise and a faint buzzing begins to fill the air, officials might want to go talk to a few lobstermen. “We’re holding on by a couple of shoestrings,” Bart Mansi says. “Females with eggs were killed, as well as juveniles, so we could be looking at a seven- to 10-year cycle with a serious downturn. The guys farther west, closer to New York— somewhere around 99 percent of their catch is dead, so they’re not even going out any more. And the people that sprayed this stuff are pretending nothing’s happened.”

Swiss chemist Paul Hermann Müller discovers the toxic effects of DDT on insects. In the decades that follow, authorities spray more than 4 billion pounds of the insecticide worldwide, including on New York’s Jones Beach.

Chemists at the American Cyanamid Company synthesize the first batch of malathion, one of a new class of organophosphate pesticides. When exposed to oxygen, malathion turns into malaoxon, which kills insects by inhibiting an enzyme, acetylcholinesterase, that breaks down acetylcholine. Small quantities of malaoxon seem to be harmless to people, but high doses can cause headaches, cramps, frothing of the mouth and nose, muscle spasms, and coma. When stored improperly (some labels suggest temperatures no higher than 77 degrees Fahrenheit), malathion can also break down into isomalathion, estimated to be 95 times as toxic. 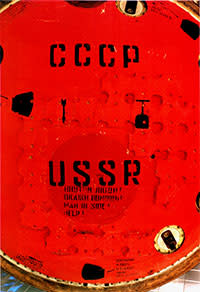 Malathion sprayed on marshes in Texas is found to have killed 14 to 80 percent of two species of commercial shrimp.

After seven months of hearings, six years of litigation, and one Nobel prize (in 1948) for medicine and physiology, DDT is banned in the United States, leaving malathion as one of its most effective replacements.

An epidemic of St. Louis encephalitis ripples across the Midwest, infecting 2,500 people in 35 states.

During a malaria eradication program in Pakistan, 2,800 spray workers are poisoned by improperly stored malathion that has turned into isomalathion. Five of them die.

Two EPA-funded investigators report that malathion “may be highly toxic to target and nontarget organisms alike.” Its use is likely to grow more dangerous, they say, as pests develop resistance to it and have to be sprayed with higher concentrations.

An outbreak of St. Louis encephalitis in Florida infects 223 and kills 11. Malathion and other pesticides are sprayed to contain it.

Prompted by the newly minted Food Quality Protection Act, the EPA begins to review malathion’s safety, focusing on its effect on fetuses and the human endocrine and nervous systems, and its potential for causing cancer.

State and federal agricultural agencies in Florida’s Hillsborough County begin spraying malathion to control Mediterranean fruit flies. High levels of malathion are found in the area’s waters, and the EPA tightens restrictions on spraying near bodies of water. Later, local news reporters in Florida film 55-gallon drums of malathion that have sat on the tarmac near Tampa International Airport for weeks, potentially degenerating into isomalathion. (A representative from Cheminova, the major producer of malathion, now says, “It would be extremely unlikely that you could store malathion long and hot enough to cause a problem.”) Thousands of area residents later complain of what they describe as pesticide-related headaches, sinus congestion, and respiratory problems.

Malathion bait spray, mixed with corn syrup, is once again sprayed in Florida, but this time the state legislature mandates a survey to track the pesticide’s effects. Omar Shafey, an epidemiologist with the Florida Department of Health, reports 123 probable or possible cases of acute pesticide-related illness, including nausea, swollen eyelids, and shortness of breath, in four counties. He recommends that malathion bait spray no longer be used over urban areas.

A class-action suit, claiming personal and property damage to more than a million Florida residents, is filed against the malathion manufacturer Cheminova.

Dead birds appear in parks, roadsides, and suburban golf courses throughout New York City and its surroundings. Dissected, they show signs of viral infection in their hearts, livers, and spleens, as well as swollen brains with burst blood vessels.

A man arrives at Flushing Hospital Medical Center in Queens, feverish and delirious. After three days in intensive care, he can’t lift his arms or legs from the bed. Soon more patients appear with the same symptoms. Epidemiologists finger St. Louis encephalitis as the culprit.

The first New York victim of what is thought to be St. Louis encephalitis dies.

City officials send out a helicopter to spray malathion on parts of Queens and the Bronx. Mayor Rudolph Giuliani assures the public that the pesticide is safe and harmless but adds that “there is a slight chance that if you were to just breathe it in, you could get sick.” The spraying will continue for weeks. The New York Department of Health counsels the public to stay indoors and to bring all children’s toys inside, but assures that the malathion spraying should be harmless to humans.

The Centers for Disease Control announces that West Nile encephalitis, not St. Louis encephalitis, is responsible for the deaths in New York City. First reported in 1937 in Uganda, West Nile virus travels throughout Africa, Eurasia, and the Middle East on various species of migratory birds. The birds, in turn, transmit it to mosquitoes, which transmit it to people. In Romania in 1996 and 1997, for instance, the virus infected some 500 people, killing 50. How and why the virus crossed the Atlantic is a matter of conjecture.

Hundreds of fish, poisoned by malathion, are found floating in Staten Island’s Clove and Willowbrook lakes.

Omar Shafey is fired by the Florida State Department of Health. He later files a claim under the federal whistle-blower statute.

The Centers for Disease Control reports that overwintering mosquitoes, collected in Queens, were found to contain West Nile viral RNA.

New York City officials announce a new mosquito-control plan for New York City. Workers will clean up standing water in empty lots and tire piles, and spray larvicides on parks and sewers, using malathion and other pesticides in a “focused and judicious manner.”

After a four-year review, the EPA announces that malathion is less likely to cause cancer than once believed, but there is “suggestive evidence of carcinogenicity” and there have been “numerous” poisonings. “I suppose that one would characterize it as less risky than we thought,” says Stephen Johnson, a deputy assistant administrator at the EPA. “But no pesticide is 100 percent safe. Pesticides are intended to kill things, and malathion is part of a class of compounds that are among the riskiest on the market.”