Should the Precautionary Principle Shut Down Wind Turbines? 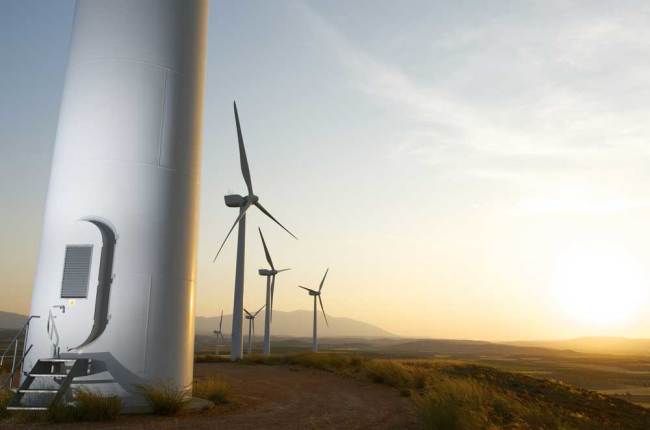 Are Wind Turbines Getting More Bird and Bat-Friendly?

In case you weren't aware, wind energy has an ecological downside that's hasn't yet been smoothed out. As AP reporter Dina Cappiellowrote

earlier this year, "the green industry is allowed to do not so green things":

It kills protected species with impunity and conceals the environmental consequences of sprawling wind farms. More than 573,000 birds are killed by the country's wind farms each year, including 83,000 hunting birds such as hawks, falcons and eagles, according to an estimate published in March in the peer-reviewed Wildlife Society Bulletin.

Now, before I go any further, it's important to note that cats are way bigger bird killers

than wind turbines (taking out an estimated 2.4 billion birds per year in the U.S.). That said, the question of whether the wind industry is being kinder to wildlife is a pertinent one. And one answer, according to research published in the December issue of Bioscience is no. A new study

concludes that in 2012 "over 600,000 bats may have died as a result of interactions with wind turbines." Why is this important and how are the bats dying? From the Biosciencepress release

Bats, although not widely loved, play an important role in the ecosystem as insect-eaters, and also pollinate some plants. They are killed at wind turbines not only by collisions with moving turbine blades, but also by the trauma resulting from sudden changes in air pressure that occur near a fast-moving blade.

The study was reported on in several mainstream media outlets, such as CBS News

and the Los Angeles Times

, but overall, coverage has been pretty sparse. Even more curious: Green (and renewable-energy) friendly outlets have ignored the eye-opening finding altogether. As of this writing, I don't see any stories at the Guardian, Mother Jones, Grist el al. (Maybe Grist thinks it's an old story, since they wrote

about the issue in 2005.) The Bioscience

on November 8. Anyway, none of this is to argue against wind energy. There is no such thing

as a zero-impact energy source. However, if a study had found that nuclear power or oil & gas was responsible for more than 600,000 bat deaths a year, do you think green-friendly journalists would have picked up on it? One last point. We hear a lot from environmentalists about the importance of the precautionary principle, which, according

to a consortium of green organizations, states that

when an activity raises threats of harm to the environment or human health, precautionary measures should be taken even if some cause and effect relationships are not fully established scientifically.

If you follow environmental debates, you know that the precautionary principle is often invoked

as a rationale to halt or restrict new technologies. Well, by now it's pretty clear that wind turbines pose a major threat

to vital ecological species. It's not even hypothetical. Scientific evidence shows that wind energy is harmful to wildlife. So do we shut down all the spinning blades until they are proven safe for birds and bats? Just wondering. Image credit: pedrosala/Shutterstock