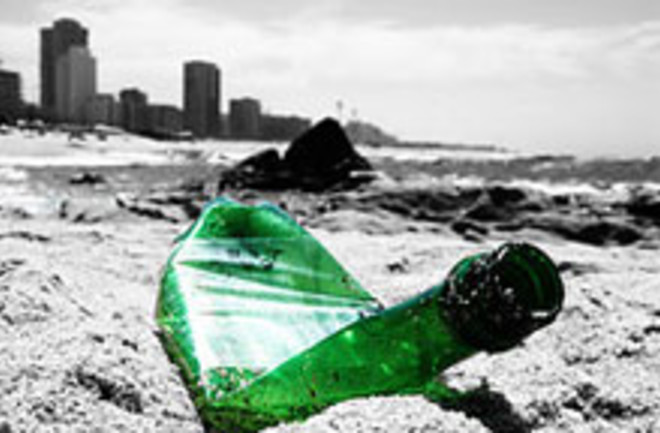 Scientists will venture this summer to the Eastern Pacific Garbage Patch–a blob of discarded plastic twice the size of Texas that’s floating in the Pacific Ocean–in an extensive effort to assess just how detrimental the patch is to the marine ecosystem.

Two boats push off this month to examine and analyze the patch of plastic; one left from San Diego yesterday, the other is set to leave from San Francisco tomorrow. The expeditions will last four weeks and will cost $1.1 million. Researchers from the Scripps Institution of Oceanography in San Diego will conduct a wide range of experiments on the debris’ impact on phytoplankton, zooplankton, fish, whales, birds, salts and fouling communities – groups of organisms that live on the debris. They will spend 10 days traveling to and from the remote region [San Diego Union-Tribune]. Once the researchers are back on dry land, it will take months to fully analyze the samples collected during the voyage.

The Eastern Pacific Garbage Patch is more than just a cloak of plastic floating on the surface of the ocean. Instead, scientists believe 70 percent of the patch’s plastic is beneath the water, disintegrating into minute pieces. The plastic and toxins it attracts have become a part of the Pacific Ocean’s ecosystem, killing everything from fish to birds to sea turtles [San Diego Union-Tribune]. The floating dump was created when ocean currents swept millions of tons of plastic to a section of the ocean located between Hawaii and California. As much as 10 percent of the 260 million tons of plastic produced annually ends up in the oceans, much of it in trash vortices like the Pacific garbage patch [National Geographic News]. Most of this plastic–80 percent of it, in fact–comes from beaches, streams and other land-based sources, not illegal ocean dumping.

The sailors departing from San Francisco tomorrow, who hail from the non-profit Project Kaisei, will experiment with ways to capture floating plastic particles, and also hope to draw attention to the way we view and handle plastic on land. Their ultimate goal is to assign value to that plastic, particularly the overwhelming majority that is never recycled. Technologies that convert plastic to fuel, clothing, or simply more profitable plastic could give people a good reason to pick up all that plastic and make a profit from it [National Geographic News].