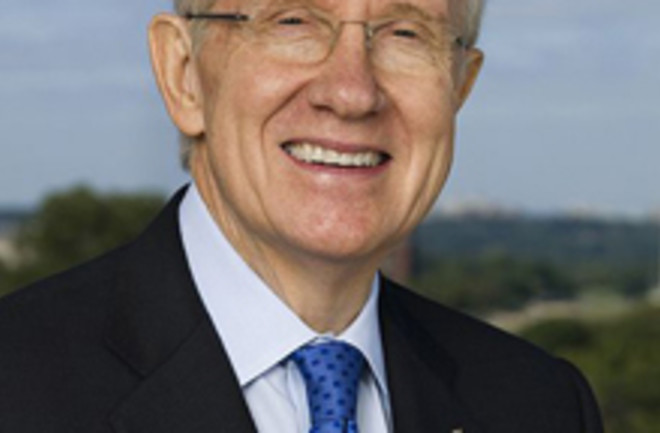 There will be no carbon cap-and-trade provision in this summer's energy legislation in the Senate. Nor will there be a renewable energy standard (RES)—a mandate that a certain percentage of national energy come from renewable sources. Those are the two major losses for climate-watchers today as Senator Harry Reid and other Democrats announced they would drastically scale back their energy proposals in the face of what looks like an non-winnable fight before the 2010 midterm elections. Instead, the Senate will consider a much smaller bill before the August recess.

The measure would include money for home energy-efficiency retrofits, for encouraging natural-gas-powered vehicles and for land and water conservation, Reid said [Los Angeles Times].

So what now for the more ambitious ideas to reduce greenhouse gas emissions and adopt renewable energy technologies? Compromise David Moulton, director of climate policy at the Wilderness Society, said renewable energy supporters and companies desperately want the shot in the arm an RES could provide. But they might not get it without a compromise proposal.

One way to win additional votes for the measure could be to develop a "big tent bipartisan approach" that would expand the renewable electricity standard to a "clean electricity standard" including nuclear, carbon capture and storage and natural gas [The New York Times].

Push in other directions Senators John Kerry and Joe Lieberman have produced separate bills that specifically target power utilities for emissions reductions, and that bill might continue.

Reid left open the possibility that efforts to cap carbon emissions in the electric power sector could resume this fall. Sen. John Kerry (D-Mass.), an architect of Senate climate policies, vowed to continue pushing. "Harry Reid, today, is committed to giving us that opportunity, that open door over the next weeks, days, months, whatever it takes to find those 60 votes," Kerry said. "The work will continue every single day" [The New York Times].

Obama has pushed the U.S. Environmental Protection Agency to take unilateral action if Congress fails to pass a bill. The EPA has begun issuing rules to cut emissions from cars and requiring power plants to have permits to emit carbon dioxide [Reuters].

However, given that EPA leadership changes from administration to administration, the unclear limits of its authority, and the feeling that Congress ought to make the rules on this important issue, most people see this as an unsatisfying answer. Congressional Republicans even tried to explicitly block

the EPA's power to regulate greenhouse emissions, which the 2007 Supreme Court case

. That effort last month fell short, but members of Congress may try to revive the issue

, fearing the EPA will act now that the legislative branch has failed to do so. Related Content: 80beats: Skip the Political Babbling: Here's What the Kerry-Lieberman Climate Bill Says

80beats: Climate Bill Passes in the House, Moves on to Senate