Scientists Say: The Highway Across the Serengeti Is a Terrible Idea 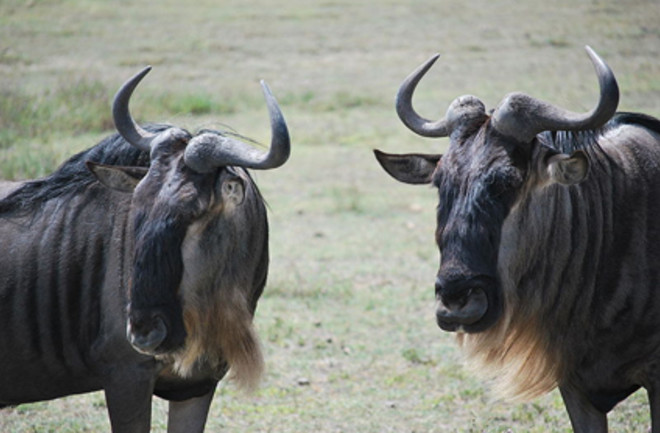 Two weeks ago we covered the dust-up between eco-groups and the government of Tanzania over the latter's proposal to build a road through the heart of Serengeti National Park, home to the world-famous annual migrations of wildebeests, zebras, and more. Today in Nature, a group of 27 scientists chimed in on the project. Their verdict: It would be a biodiversity disaster.

Conservationists led by Princeton's Andrew Dobson ... argue the planned 2012 road would stop the yearly migration of 1.3 million wildebeests, the cornerstone species of the park, and harm other animals such as the 1.5 million zebras that yearly migrate as well. [USA Today]

The researchers studied other parks where human structures like fences and roads cut through migratory routes, and they simulated what it would mean for the Serengeti. The effects wouldn't be seen just in animal life—wildebeests

help to maintain the grassland ecosystem, too.

"Simulations suggest that if wildebeest access to the Mara river in Kenya is blocked, the population will fall to less than 300,000," they said. "This would lead to more grass fires, which would further diminish the quality of grazing by volatising minerals, and the ecosystem could flip into being a source of atmospheric CO2." [AFP]

And if biodiversity and the ecosystem as a whole suffer, the people who depend on tourism won't be doing too well either. As we noted in prior coverage, there's an alternate solution: building the road further south to avoid the path of the great migration. This is what the scientists advocate in Nature. USA Today says

the route would be longer, but cheaper to build.

DISCOVER: To Save a Watering Hole

The Loom: Hyena Blogging, Live from the Serengeti