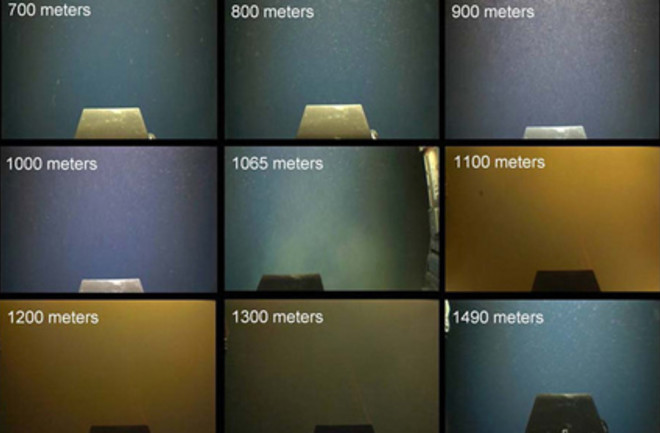 Take Manhattan, turn it into oil and drop it in the Gulf: That's the size of the submerged oil plume that scientists found near the site of BP's oil leak in the Gulf of Mexico, casting more doubt on those claims that the plumes weren't so bad, or that most of the oil has been accounted for. The research was conducted in June during an expedition led by the Woods Hole Oceanographic Institution in Massachusetts. The study, which appears in Science, is the first peer-reviewed data on oil plumes from the leak in the Gulf, and comes from 57,000 direct measurements made during the visit.

The plume, which scientists said came from the busted Gulf well, shows the oil "is persisting for longer periods than we would have expected," lead researcher Rich Camilli said in a statement issued with the study. "Many people speculated that subsurface oil droplets were being easily biodegraded. Well, we didn’t find that. We found it was still there" [MSNBC].

Indeed, the researchers say that the oil is breaking down slowly in the cold, deep water—only 10 percent the speed it's breaking down on the surface. According to the Wall Street Journal

, the droplets aren't buoyant enough to rise from the colder, deeper water to the warmer surface water.

Monty Graham, a scientist at the Dauphin Island Sea Lab in Alabama who was not involved in the study, said: "We absolutely should be concerned that this material is drifting around for who knows how long. They say months in the (research) paper, but more likely we'll be able to track this stuff for years." Florida State University scientist Ian MacDonald, in testimony before Congress on Thursday, said the gas and oil "imprint of the BP discharge will be detectable in the marine environment for the rest of my life" [AP].

: that three-quarters of the oil could be accounted for, including 17 percent of the total siphoned directly to the surface and 25 percent that already evaporated or dissolved. Everybody's estimates are complicated by the sheer difficulty of tracking and predicting the flow of oil in water.

To measure what's really happening underwater, scientists must find tiny droplets in a vast ocean, then wait for lab tests to verify it's oil from BP's well. In some cases, it's not even oil: One Louisiana scientist said his lab has tested several promising samples and found that they are an apparently natural substance, now nicknamed "sea snot" [Washington Post].