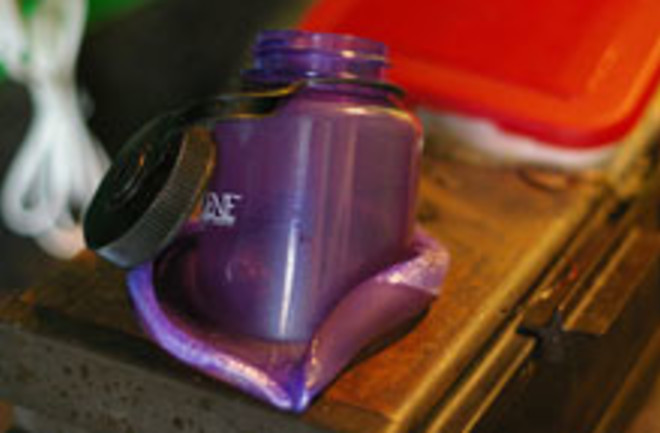 The Canadian government today declared bisphenol A, a chemical in plastics also known as BPA, to be toxic.

The chemical has been linked to heart disease, impotence, and diabetes, while animal and cell culture experiments have shown that it can mimic the female hormone estrogen. It is found in some plastic containers, and some food cans are lined with it. While Canada is forging ahead, most other governments are dithering about whether or not the chemical poses a health threat.

How much exposure is too much, though? There is no clear answer. Two weeks ago, the European Food Safety Authority declared that BPA did not pose sufficient risk to stop using it in food containers. While tiny amounts can leach out into food, they cannot raise human exposure to unacceptably risky levels, the authority concluded after an assessment of existing scientific studies. [Nature]

The move will enable Canada to regulate the use and sale of products containing the chemical through regulations, instead of legislation, which will speed up the process of removing it from products or limiting its use. The government's first goal is to set limits on the amount of BPA that can be released from factories that use the compound; George Enei of the government agency Environment Canada says there aren't yet definite plans to ban it from food packaging.

“This is a step in a journey,” Mr. Enei said. “Once you’re on the list, it signals Canada will do something.” [The New York Times]

Canada was the first country to move to regulate BPA in 2008 by making it illegal in baby bottles, and is has forged ahead by listing it as a toxic chemical. In the United States, about half a dozen states have banned BPA in children's products, but the federal government has declared that it isn't a health hazard

. Across the Atlantic, reactions have also been mixed. Despite the European Food Safety Authority's declaration that BPA is safe, France has banned the chemical in baby bottles, and Denmark has issued a temporary ban of BPA. Obviously BPA supporters aren't happy with Canada's decision.

“Environment Canada’s announcement is contrary to the weight of worldwide scientific evidence, unwarranted and will unnecessarily confuse and alarm the public,” Steven G. Hentges, who leads the polycarbonate and BPA group at the council, said in a statement. [The New York Times]

DISCOVER: The Dirty Truth About Plastic