Peak-Everything, From Chocolate to Oil to Maple Syrup 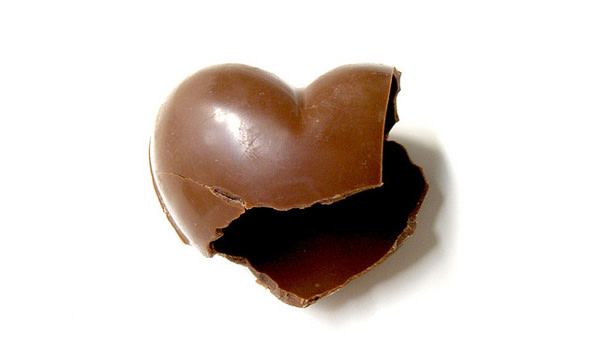 Chocoholics, be afraid. Be very afraid. Peak chocolate is coming.

Soon, humanity's appetite for chocolate will increase to the point where there just isn't enough chocolate in the world to sustain it. Researchers and chocolatiers the world over are predicting a chocolate peak within 20 years, John Mason, of the Nature Conservation Research Council told The Independent:

"In 20 years chocolate will be like caviar. It will become so rare and so expensive that the average Joe just won't be able to afford it."

On of the main reasons for trouble in the chocolate trade is the collapse of the cacao farming industry. In the "cocoa basket" of West Africa cacao trees are dying off, cacao pods are being eaten by pests, and cultivation areas are being depleted of nutrients or are being taken over by more profitable crops, chocolatier Marc Demarquette explains to The Independent:

"Production will have decreased within 20 years to the point where we won't see any more cheap bars in vending machines – unless they are made with carob instead of chocolate," he says. "It's because the growers in West Africa only see 2p for every 1 £ bar. Even if you double that, it's no incentive for the next generation – which rightly expects decent working conditions. Those young people are heading for the cities. They won't stay around just so schoolchildren and commuters can continue to get their quick fix."

The cacao trees themselves take about five years to mature, so they require farmers with patience and the resources for a long-term investment. Some chocolate companies are working to keep the crops growing by encouraging fair trade (Cadbury) and replanting trees (Nestle), but Mars believes that salvation could also come from left field: the chocolate genome.

Howard Yana-Shapiro, a researcher for Mars, is hoping to engineer new strains of the cacao tree that would provide yield more pods, would grow quicker, and/or would be pest resistant. These advanced trees could mean more cocoa could be produced on less land, and certain characteristics could be screened for, BBC News explains:

Now correlations between certain characteristics -- such as disease and drought resistance or higher proportions of healthier fats -- can be made in the field with the benefit of relatively inexpensive laboratory equipment. In this way, each region ensures it has strains that will produce the most, and the best, cocoa.

With any luck, researchers will be able to balance out the stresses on the finicky cacao crop by applying what they've learned from the sequencing of the cacao tree genome.

But peak panic has only just begun. Click through the gallery to see what other resources are running out. 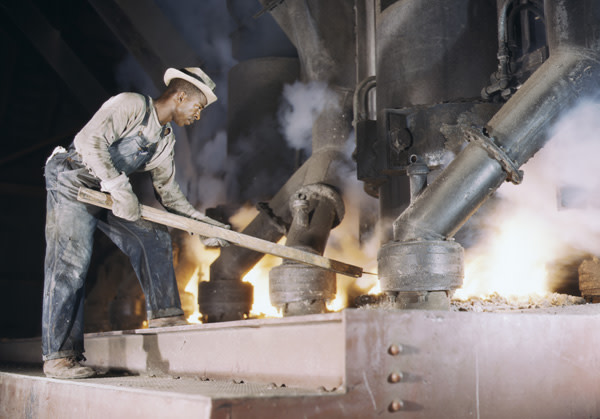 Phosphorus: it's the backbone of our DNA, the scaffolding of our bones, the life-giving-elixir of our agricultural fields. How can an element that is in every cell in our bodies, that we excrete every day, and that is eternally recyclable become a resource that may peak by 2030? Because we're using it wastefully, researchers say.

Phosphorus is used every day in farming as a fertilizer--it was elemental (yes, pun intended) in the agricultural revolution that boosted crop yields. This phosphorus is mined from phosphate rock, the main deposits of which are located in just three countries and whose output will be tapped in 50 to 100 years, researcher Stewart White explained to Miller-McCune:

"Right now, you can get phosphorus if you’re willing to pay for it," White said. "But global reserves will peak in 20 to 25 years. Africa has not stirred in terms of its phosphorus use. Africa could take off, and that’s very scary. We will continue to mine phosphorus. It’s just that if we want to extend the longevity of the resource, we’ll have to reduce extraction rates significantly and put in much bigger recycling."

"The scope and urgency of the time scale need to be narrowed down," Elser said. "I don’t think we have a really good consensus about the peak. Is this really an acute problem in 30 years? If this is true, then the human consequences are much more acute than anything we’ve seen with climate change, in terms of hunger. Food is food. We can’t live without it."

While phosphorus is recyclable, much of it gets washed from fields into the world's oceans or is lost to wastewater treatment plants after being excreted from our bodies. Also, a great deal of the phosphorus that is mined is lost to waste and inefficiency. Efforts to reduce this loss and recycle what we've used are the only ways to thwart this coming peak. 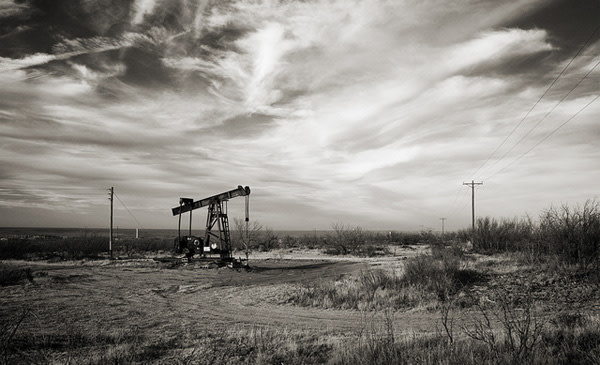 Now, this is one peak you've probably heard a lot about. But you may not know that it already happened--about four years ago, according to The New York Times:

Production of conventional crude oil--the black liquid stuff that rigs pump out of the ground--probably topped out for good in 2006, at about 70 million barrels a day. Production from currently producing oil fields will drop sharply in coming decades, the [International Energy Agency's annual] report suggests.

Although oil may be past its peak, oil use is definitely not going anywhere anytime soon. The IEA is predicting that after a short dip, oil production will continue on a relatively steady plateau for at least another 25 years, as new oil fields are discovered and exploited. But energy demand is still rising, especially from China. Peak oil, in turn, could directly cause peak coal, says Ars Technica:

If oil prices remain high and governments make progress on their emissions goals, there's a possibility that the world has already hit peak oil, and that the next few years will see its use plateau for a while before dropping again. Using these same assumptions, the report also said that we could hit peak coal somewhere within the next 20 years. 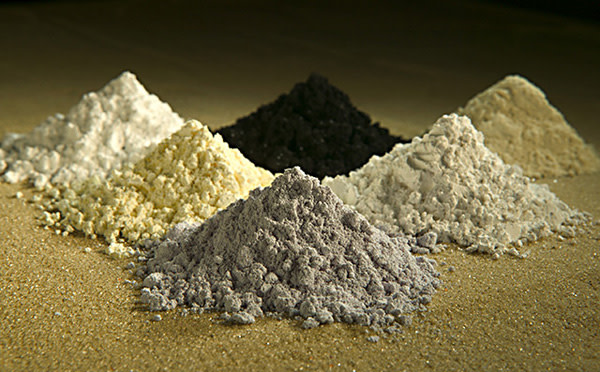 Rare earth elements are a set of 17 elements that are difficult to come by; while they are relatively abundant, they don't tend to congregate in large amounts in the earth's crust. This makes it hard to sustainably, economically, and cleanly mine them. In recent years the work has largely been taken over by China, where regulations are more lax, explains Popular Science:

China has supplied 91 percent of U.S. consumption of rare earths between 2005 and 2008, and continues to represent the world's largest rare earth exporter. But the Chinese have warned that their own domestic industry appetite for rare earths may eventually force them to stop exporting--an action that would leave the U.S. high-tech industries crippled without other readily available supplies.

Without these rare earths, high-tech and green industries could grind to a halt. And China knows it too; the country made its point by temporarily stopping shipments to Japan earlier this year after a diplomatic incident. U.S. scientists have warned Congress that the significant demand for these minerals for use in high-tech and green technologies (like wind turbines, computer parts, and hybrid car batteries) could lead to shortages. Technology Review says that in fear of future shortfalls, many companies are already looking to replacement options:

In response to China's dominance in rare-earths production, researchers are developing new materials that could either replace rare-earth minerals or decrease the need for them. But materials and technologies will likely take years to develop, and existing alternatives come with trade-offs.

Others are looking into re-opening rare earth mines in the United States, including some recently found deposits to the tune of 13 million metric tons, so perhaps rare earths haven't peaked just yet, USGS representative told Tech EYE:

"This is the first detailed assessment of rare earth elements for the entire nation, describing deposits throughout the United States,” says Marcia McNutt of the US Geological Survey. "Although many of these deposits have yet to be proven, at recent domestic consumption rates of about 10,000 metric tons annually, the US deposits have the potential to meet our needs for years to come."

The only problem left is how to extract them safely, cleanly, efficiently, and most of all, quickly. 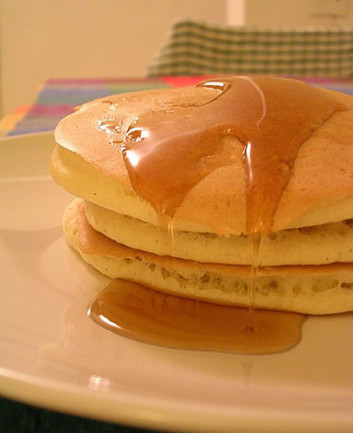 If your sweet tooth started to ache at the idea of a $12 chocolate bar, you might want to skip this one. Looming shortages of both honey and maple syrup may be on the horizon, so get your sticky sweets now.

There have been drastic drops in honey production around the world due in part to honeybees' colony collapse disorder, and prices have been rising accordingly. Main Street explains:

Grocery store shelves harbor imposters, and a closer look at their labels show they’re not 100 percent honey as one might expect from the bear-shaped squeeze bottle. Many of the fakes are cheaper alternatives like agave- and xylitol-based honey substitutes and syrups that contain only about 10 percent real honey, according to the trade group.

Changes in temperature and seasons are also impacting maple syrup production, especially on the southern-most edges of production, like the Catskills, where production was down 80 percent in the 2010 season, according to the Watershed Post:

Sugar producers in the Catskills are collecting under a quarter of the sap that they usually do at this time of year, says Helen Thomas, the executive director of the New York State Maple Producers Association. Production is down across the board in the warmer parts of New York, she adds, including at her own Syracuse farm. But the Catskills are seeing the most dramatic sap shortage.

The shortage of sap might also come from a boom of forest tent caterpillars, gypsy moth caterpillars, and other maple pests in the area, which eat leaves and can kill the trees. Sugar houses are hopeful that yield will increase in the 2011 season, but I wouldn't bet my pancakes on it.