Our Thirst for Petrochemicals, and its Marks on the Land 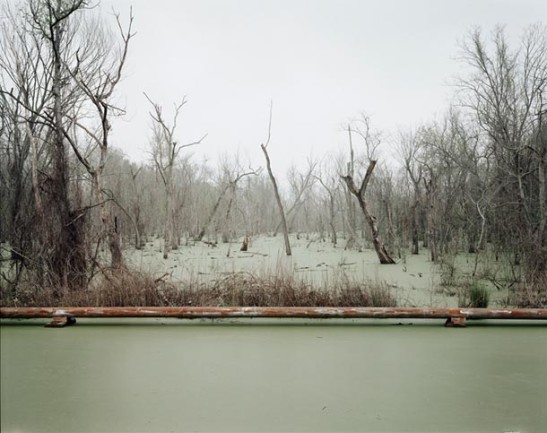 Photographer Richard Misrach and landscape architect Kate Orff's newly released book is an ambitious project cataloguing and examining the environmental complexities of Cancer Alley. Petrochemical America scrutinizes Louisiana's ecology and industry combining documentary photographs with delicate data illustrations. The illustrations create an overlay of information and imagery that literally covers the landscape, highlighting what is invisible to the naked eye. Kate Orff writes in the Huffington Post, "Americans know what the oil and gas and coal landscape looks like - but do we really? There is a hidden side to America's material prosperity. Most of its harmful manifestations are literally invisible - benzene and dioxins "disappear" into the air, while waste chemicals are pumped underground into injection wells. PCBs, Mercury, and Lead, toxic in the most imperceptible but potentially devastating amounts, persist in our bodies, in river sediment, in soils."

In order to avoid presenting the Chemical Alley photographs without suggesting alternatives, Misrach and Orff set off for Louisiana in 2010. Together with a small team they made multiple visits to Louisiana photographing, researching, and interviewing people along River Road. Back in NYC, Orff sequenced the photographs and added layers of maps and illustrations to created a denser visual narrative called Ecological Atlas. Misrach has been photographing in the American South since the late 1990s, and writes in the book about the first photo in the gallery shown here:

"The industrial pipeline's backdrop of swampland and twisted trees is a cameo of subtropical ecology that functions like a sponge for effluents from petrochemical waste. Since the 1930's, oil companies have routed an estimated twenty-six thousand miles of pipeline throughout the oil-laden Southern parishes and across the Southern coastal wetlands. A web of canals has been cut through pastures and marshlands. The resulting erosion has been striking, with an area of wetlands the size of Delaware swallowed by the Gulf of Mexico. The Gulf's salty tides have swept into the submerged pipeline arteries, killing marshland grasses by seeping into roots of the flora on the soft canal bottoms. Some scientists are convinced that if the erosion is not halted, advancing waters will eventually engulf New Orleans." 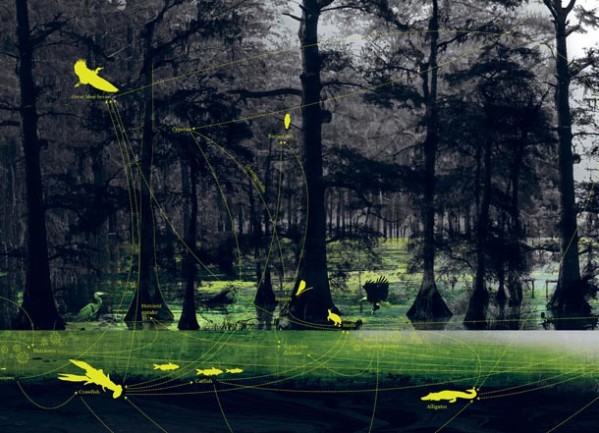 Detail from Requiem for a Bayou, photograph by Richard Misrach, data illustration by Kate Orff. 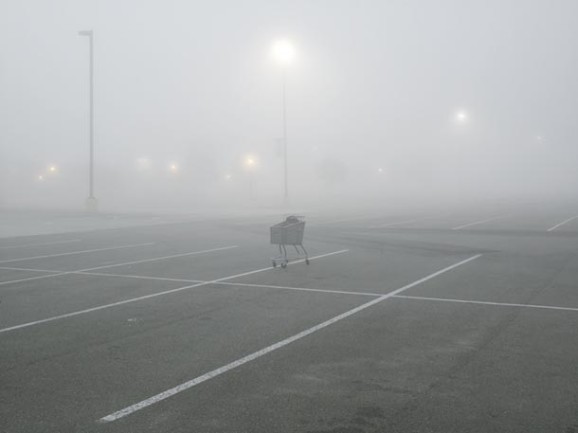 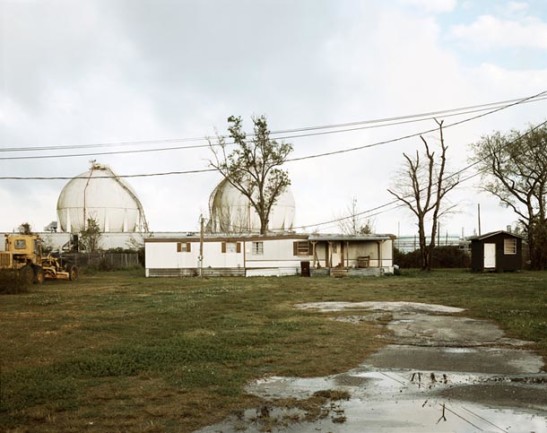 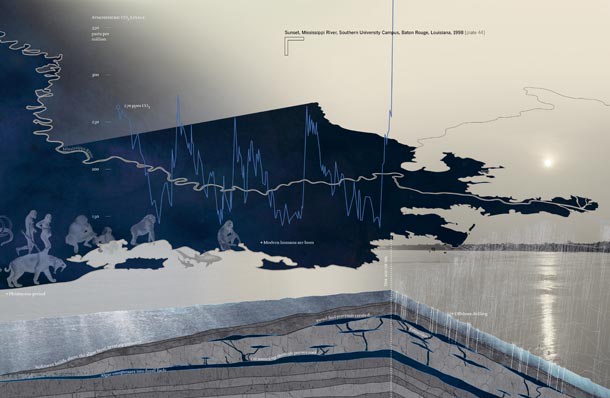 Detail of From the Earth to the Sky. Photograph by