Ocean Researchers Find a New Cause for Alarm: The Atlantic Garbage Patch 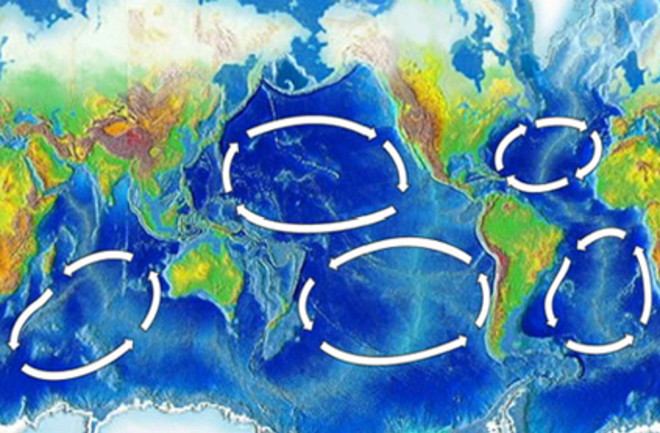 In summer 2008, DISCOVER set sail for the Great Pacific Garbage Patch, that Texas-sized soup of tiny plastic bits that might now be an intractable mess in the middle of the ocean. With appearances in newspapers, magazines, and even "Good Morning America," the Pacific patch became the newest target for environmental hand-wringing, and raised questions over whether it would even be possible to clean up. However, the ocean currents that cause the Pacific gyre don't just happen in the North Pacific. Scientists at the Sea Education Association just finished a two-decade-long study of the North Atlantic and found similarly sad results. The team dragged nets half-in and half-out of the water to take a trash census.

The researchers carried out 6,100 tows in areas of the Caribbean and the North Atlantic -- off the coast of the U.S. More than half of these expeditions revealed floating pieces of plastic on the water surface [BBC News]

. Like the Pacific gyre, the Atlantic one—located mostly between 22 and 38 degrees north latitude—contains a dizzying number of small plastic pieces that used to be bags, bottles, and other consumer products. Lead researcher

Kara Lavendar Law says it's difficult to compare the two, but researchers in both places collected more than 1,000 pieces during a single tow of a net [The New York Times]

. This similarity is no surprise, according to ocean researchers Marcus Eriksen and Anna Cummins. Both gyres are areas of little to no ocean currents, surrounded by strong ocean currents that prevent trash from escaping once it arrives.

Worldwide, there exist five major oceanic gyres and it is hypothesized by Eriksen and Cummins that all of these gyres will collect marine debris, much in the same way that the North Pacific does [Huffington Post]

. You can see the locations in the above image. The North Atlantic gyre that SEA studied also contains the Sargasso Sea, so the plastic is mixed up with the seaweed that grows there. Most depressingly, reports from the Pacific gyre indicate that fish are beginning to ingest the plastic as pieces get smaller and smaller. And Captain Charles Moore, who discovered the Pacific patch in the 1990s, says cleaning up so many pieces spread out so far would be an impossibly difficult and expensive task. Besides, if people don't stop throwing away plastic, it wouldn't do much good. Related Content: 80beats: Ships Set Sail to Examine the Vast Patch of Plastic in the Pacific Ocean The Intersection: Voyage to the Vast Island of Garbage DISCOVER: The World's Largest Dump: The Great Pacific Garbage Patch DISCOVER: The Dirty Truth About Plastic DISCOVER: Think You Can Live Without Plastic? Image: NOAA