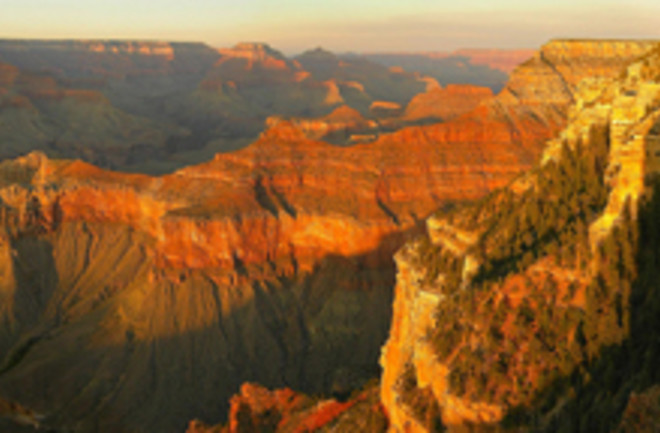 In one week, the Interior Department has issued two bold new rules that reverse decisions on mining and old-growth forests that were made during the Bush administration. In the first ruling,

That directive overrides the Bush-era decision to open land near the park to uranium mining claims. The moratorium on new mining claims near the Grand Canyon will give the Interior Department time to study the environmental effects of mining in that area; the department then has the option of banning mining there for 20 years. Grand Canyon Superintendent Steve Martin has said previously that

he was concerned that uranium could get into the watershed and affect the fish in the Colorado River at the bottom of the gorge -- and the bald eagles, California condors and bighorn sheep that depend on the canyon's seeps and springs [Los Angeles Times].

In the other ruling issued last week, Salazar announced that the

Interior Department is dropping controversial plans to dramatically increase logging in western Oregon's forests, some of the nation's densest carbon stores. The move scraps a Bush-era decision to rezone 2.6 million acres of Bureau of Land Management forests, which would have tripled current logging production and opened old-growth forests to clear-cutting [Climate Wire].

Salazar said that the old decision couldn't stand up to legal challenges under the Endangered Species Act.

The Bush administration had cut the size of critical habitat for the owl and revised the spotted owl recovery plan to make the logging increases possible [AP].