Here in New York City, and all along the US's eastern seaboard, we had an epic Monday night. Here are photos and videos from the trenches and links to our picks of science reporting answering your questions about superstorm Sandy. (1) A monster storm surge submerged Lower Manhattan, Red Hook in Brooklyn, and just about anywhere else within 9 feet of sea level. 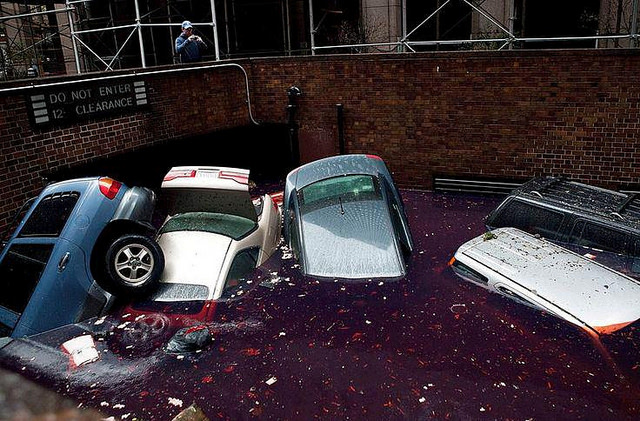 Ars Technica's Casey Johnston looks into new research and reports that by 2200, 9 feet above current sea level will be the new normal

, thanks to climate change. (2) What I thought was a lightning storm turned out to be a transformer blowing. http://youtu.be/ZAqYZ433TeQ Maggie Koerth-Baker at BoingBoing explains how transformers work

and links to an explainer on why transformers explode

at Popular Mechanics.(3) Con Edison cut power to part of Manhattan to ease the pain of getting the equipment back online after the flood receded. 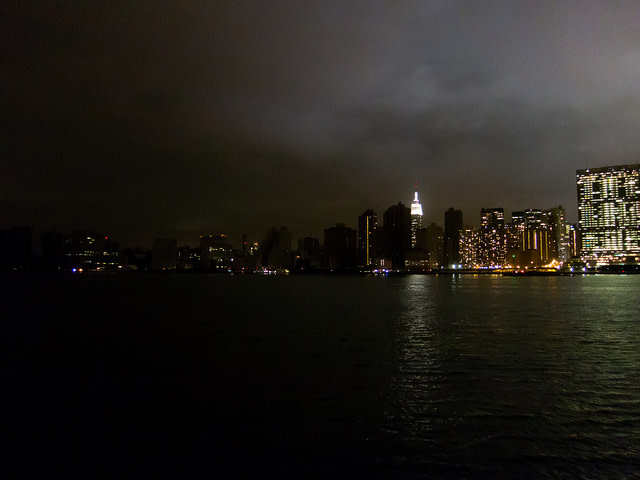 Before the storm hit, over at TIME, Bryan Walsh explained how the storm would test our electric grid

, which is, to say the least, cobbled together. After the storm, Katie Fehrenbacher of GigaOm laid out

the case for a cleaner, more distributed power grid. (4) In Chelsea, the facade of a four-story building crumbled: http://www.youtube.com/watch?feature=player_embedded&v=UiyhF_GIQlI I asked around on Twitter and learned that high winds and/or old or shoddily-laid brick can sometimes cause this

. WIN. (5) At NYU Langonne hospital, after the power failed, so did the back-up generators.

. NY Governor Cuomo later said in a press conference that the generators were in the basement. Which, of course, was flooded. (6) At the height of the storm, Popular Science's Martha Harbison made a break for Brooklyn's Newtown Creek to see what she could see. She does not recommend trying this. But you can read what it was like here

. (8) Now that the storm is passed, the recovery here and elsewhere has begun. It will have to take into account what New York Governor Cuomo referred to as a new, extreme weather reality.

Gov re bldg wall to stop flooding in #Battery: wall would have to be all around #Manhattan, it was everywhere, NY Harbor, JFK, #Queens, #LI — Andrew Cuomo (@NYGovCuomo) October 30, 2012

. And Maggie Koerth-Baker put together a set of links and info here

to address why what you mean when you ask "Did climate change cause Sandy?" matters:

If you're just kind of curious and/or looking for something to blame, we don't have great answers on that yet. I'm sorry. Nobody is really going to be able to tell you one way or the other. But if you're using that question as a proxy to really ask, "Is climate change real and do I have to care about it?", well, good news! We have enough information to answer your question. And the answer is, emphatically, yes.

For my part, the one article that kept coming to mind was this one

from National Geographic last year. We might someday start adding the natty wood structures used by these people to our front yards. Food for thought.