Nuclear War Between India and Pakistan Could Devastate the Entire Planet 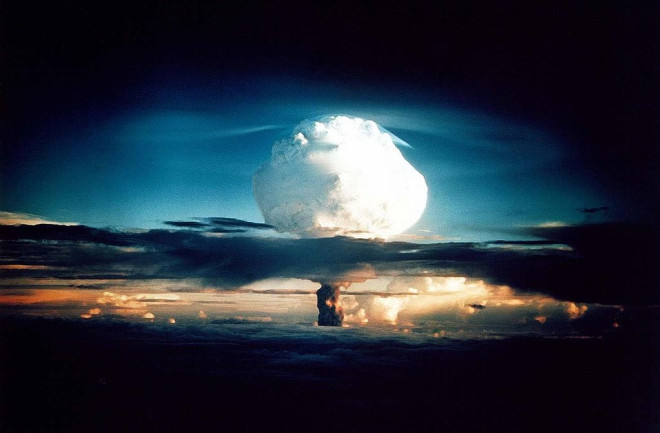 A test of the first hydrogen bomb by the U.S. in 1952 as part of Operation Ivy. (Photo courtesy of National Nuclear Security Administration/Nevada Site Office)

Skies darkened by smoke worldwide. Cities in ruins, leaving millions dead. Droughts and crop failures spreading famine for years. The realities of nuclear war are difficult to imagine. But, says a team of researchers, they deserve our attention.

New research in Science Advances spells out the potential ramifications of nuclear warfare between Pakistan and India. Not only would there be a horrific loss of life in both nations, but the explosions would create a level of global cooling humans have never seen before, says co-author Alan Robock, a climatologist at Rutgers University.

Nuclear war conversations often focus on Russia and the U.S., Robock says. He and his research team wanted to point out that other countries with smaller arsenals of 100 to 300 warheads could still cause unbelievable global damage. “We want the governments of these countries to know how dangerous it would be,” Robock says. Nuclear war is so destructive, so uncontainable, that a nuclear exchange anywhere would be felt the world over.

Nuclear weapons are like “bringing a piece of the sun to the Earth for just a second,” Robock says. The damage from a nuclear blast is indiscriminate, and after the destruction, widespread fires are all but guaranteed. And those fires are where much of the worldwide damage would come from, say Robock and his colleagues, pulling from historical, sociological and climate research.

To get as close to the real thing as possible, the researchers relied on war games conducted by retired generals from the Pakistani and Indian armies. The commanders, through go-betweens, acted out fictional military scenarios between the two countries, including exchanges of nuclear warheads. The team also built models predicting fire and smoke movement. To test their accuracy, the researchers supplied the models with information from events like the nuclear bombs dropped in World War II and British Columbia’s 2017 wildfires, the worst in the province’s history.

The results are sobering. If India used 100 weapons and Pakistan used 150 during a nuclear conflict in 2025, between 50 and 125 million people would die from the initial exchange. Though that sounds like a lot of bombs, Robock says it’s a scenario their models indicate might actually unfold.

But fatalities would continue to mount even after the bombs fell. Smoke from burning cities would reach the stratosphere, where it would spread around the world and block some of the sun’s rays from reaching Earth. The researchers estimate incoming sunlight would drop 20 to 35 percent, dropping global temperatures 2 to 5 degrees Celsius. The smoke would mostly disappear after 10 years — though a return to normal temperatures would take even longer. In the meantime, rainfall would decline by 15 to 30 percent and threaten mass starvation.

This scenario is, of course, hypothetical. Not every conflict results in nuclear war, or in the deployment of so many destructive weapons. But similar situations could play out in wars between any of the nine countries with nuclear weapons, Robock says. The ramifications are so huge, there’s no clear rational argument for threatening another nation with nuclear attacks — everyone will suffer.