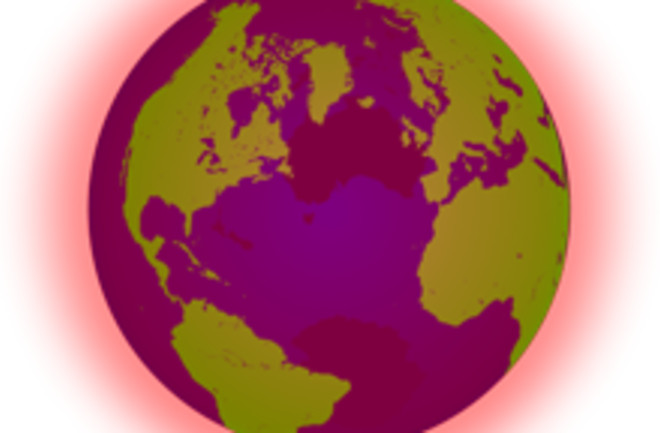 The 2000s, the "aughts"—whatever you want to call the first decade of the 21st century, you can also call it the warmest 10 years on record. The National Oceanic and Atmospheric Administration just released its annual "State of the Climate" report, and after sampling 37 climate indicators including the biggies like sea surface temperature, glacier cover, and sea level, they came to that conclusion.

The NOAA report—published in the Bulletin of the American Meteorological Society—is different from other climate publications, because it's based on observed data, not computer models, making it the "climate system's annual scorecard," the authors wrote... "It's telling us what's going on in the real world, rather than the imaginary world," said Kevin Trenberth, a senior scientist at the Boulder, Colorado-based National Center for Atmospheric Research [National Geographic].

While one climate group trumpets its mountain of climate data, the scientists at the University of East Anglia are just climbing out from the scandal that broke out over theirs. This month another investigation

cleared the Climate Research Unit of scientific misconduct or dishonesty, without condoning the emails' tone or the unit's handling of the controversy. To try to improve its bruised public image, and appease climate skeptics' calls to see the data, the university is working on way to get the unit's data online and openly accessible.

It will not be as simple as putting the numbers online, as the data sets are frequently updated, and the steps leading to updates will also be made clear [New Scientist].

But, in a Q&A with New Scientist

, former CRU director Phil Jones and East Anglia's Trevor Davies argue that they shouldn't have to bend over backward to all the freedom of information requests made for their data or correspondences. Says Davies:

The FOI act is clearly laudable. But we also believe there is an argument for confidentiality. The trouble is, that is interpreted by some as being somehow sinister, when it clearly is not in the vast majority of cases.

US law accepts that emails between colleagues when they're working on a paper and around peer review should not be disclosable. That came about because of what was described as a potentially chilling effect on research if every single email exchange was released [New Scientist].

80beats: 5 Ways to Fix the IPCC, Gatekeeper of Climate Science

The Intersection: How the Global Warming Story Changed, Disastrously, Due to “ClimateGate”