New Jersey Coast: Before and After Sandy 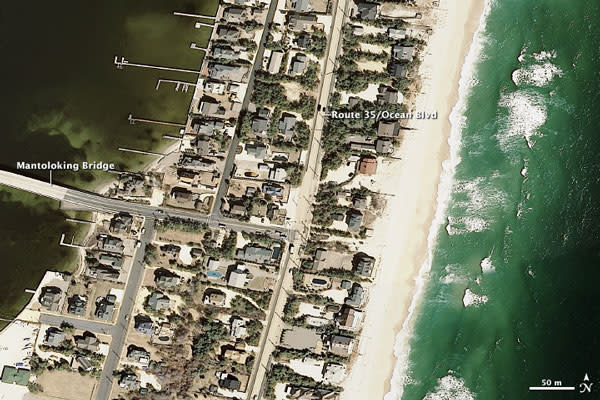 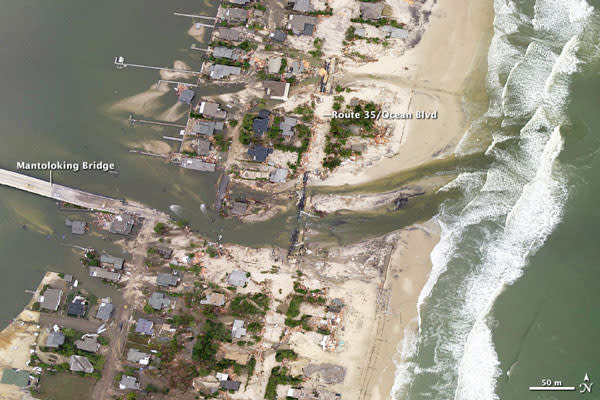 Superstorm Sandy wreaked havoc on the East Coast last week. Camera crews and smartphone-toting locals chronicled the storm's devastation on the street. These aerial photos, taken 7,500 feet above the ground, demonstrate the destruction on a larger scale. Just north of the spot where Sandy came ashore, the Mantoloking Bridge used to connect this barrier island to mainland New Jersey. The bridge was only two years old when the first picture was taken, in March 2007, but since the storm has washed away much of this former island, it has become, quite literally, a bridge to nowhere.