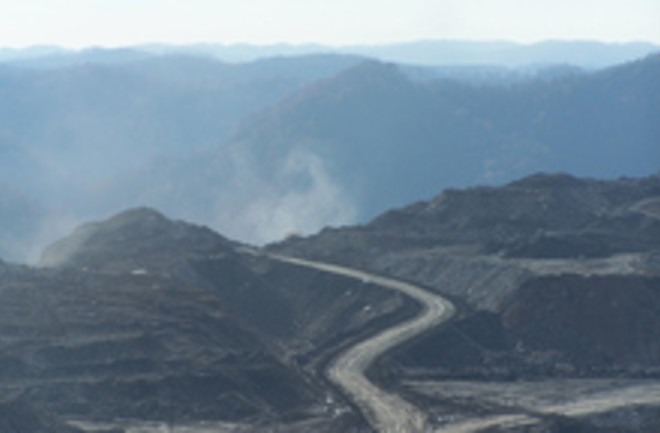 It's been a busy week for President Obama and energy. Two days ago his administration rolled out plans to expand millions of new acres of ocean off the U.S. coastline for oil and gas drilling; after we posted on it, many DISCOVER fans expressed their disdain for Obama's move on our Facebook page. Today, though, there's good news for the environmentalists: Obama's EPA said today it will put stricter restrictions on mountaintop removal coal mining.

At "mountaintop removal" mines, which are unique to Appalachian states, miners blast the peaks off mountains to reach coal seams inside and then pile vast quantities of rubble in surrounding valleys [Washington Post]

. The chemicals that result from decapitating a mountain and mining coal tend to run off into the the valleys and pollute rivers and streams, however. So when 80beats last left mountaintop removal, a group of scientists had taken a public stance in the journal Science calling for a complete end to this kind of mining. The new EPA rules don't go that far. But the mining regulations will be difficult for mountaintop removal projects to meet. Basically, the EPA will set a standard level for permissible mining runoff allowed to reach waterways, and if a mining project is expected to exceed five times that number, it won't go forward. Agency head Lisa Jackson says,

"You are talking about either no or very few valley fills that are going to be able to meet standards like this. What the science is telling us is that it would be untrue to say you can have any more than minimal valley fill and not see irreversible damage to stream health" [The Guardian]

. Between 2000 and 2008, the government had granted more than 500 permits for valley fills. While the new rules are focused on new mines, it's possible that established mines may not be simply grandfathered in.

Ms. Jackson cited Arch Coal Inc.'s Spruce No. 1 mine, the biggest surface mine in West Virginia, as an example of a project that didn't meet the new standard and would "degrade water quality in streams adjacent to the mine" [Wall Street Journal]