Move Over Super El Niño, Here Comes the Tasmanian Devil (Or Would that be the Dreaded Polar Vortex?) 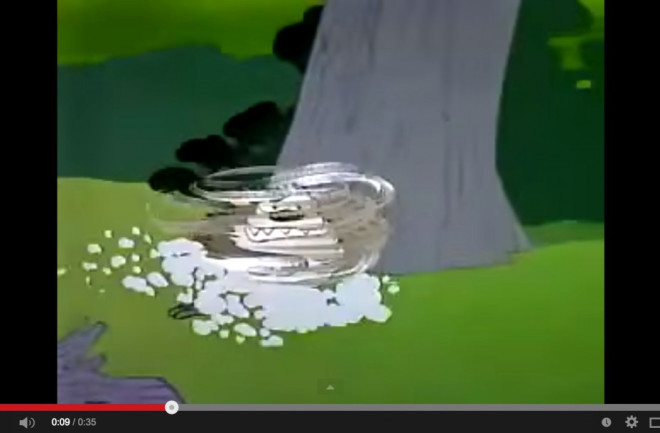 Click for the Polar Vor... I mean the Tasmanian Devil! — in motion. Andy Revkin, my friend and colleague, has an excellent post up over at DotEarth on the 'Super El Niño' Forecast Fadeout' (which I wrote about yesterday here). And as he notes, attention is now focusing — again — on the return of the polar vortex. The super El Niño that was predicted back in June — a phenomenon that Salon said "could grow into a monster" — has failed to materialize, and now there's not much more than a 50/50 chance that a weak one will emerge, according to yesterday's bulletin from the National Climatic Data Center. In a post back in June headlined, "Things Look El Niño-ish, But Things Could Change," I pointed out the following:

...on five occasions in the past when conditions in the tropical Pacific looked like they do now, four continued on as El Niño’s. But on one of those occasions, in 1993, conditions dropped back down to “borderline neutral.”

Chris Farley playing the El Niño. Click for the video. (Source: NBC) Ahem... For Andy Revkin, the big fade-out brought to mind the departed comedian Chris Farley, who in 1997 did an hysterical Saturday Night Live skit satirizing El Niño. (Check it out here.) Well, with the polar vortex forecast to return next week, I thought I'd do Revkin one better, with the Tasmanian Devil. Yes, he spins and spins like a vortex, cutting through everything in his path. If only he would just stay put in, well, Tasmania, all would be well. Just like that blasted polar vortex — a large cyclone of frigid air normally centered over the North Pole that seems to have developed this really nasty habit of spilling south every once in awhile. Eh, whassup doc? Well, the jet stream winds that normally corral the vortex of Arctic air over the Arctic are forecast to develop a big meander that would allow a massive frigid blob to spill south across the U.S. midsection all the way down to the Gulf Coast. Here's a sampling of headlines from the past day or so about the phenomenon: The Polar Vortex is Coming to Ruin Next Week: New York Magazine. Polar Vortex to Blast 200 Million People With Arctic Air: Accuweather. Five Tips to Fend Off the Polar Vortex Blues: CBS News. Unlike the El Niño, the polar vortex redux isn't too likely to fade out. But with our planet's complex weather systems, you never do know.