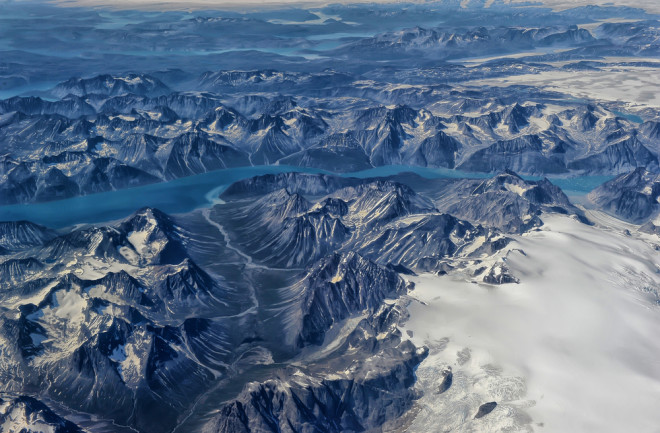 Researchers have updated their predictions for what melting ice sheets will do to the planet within the next century. By 2100, the shrinking Antarctic and Greenland ice sheets will raise sea levels by nearly 10 inches. The influx of water will disrupt an ocean current vital to our weather, with dangerous consequences.

“We’re dealing with a very delicately balanced system,” said Nicholas Golledge, a climate scientist at the Victoria University of Wellington in New Zealand, who led the new research. “Relatively small amounts of ice sheet melt could lead to substantial changes in ocean circulation, and in turn, big changes in global climate.”

In previous work, Golledge and colleagues found atmospheric warming by more than 1.5 to 2 degrees C (2.7-3.6 F) will trigger collapse of major Antarctic ice sheets and lead to an unstoppable rise in sea level in the coming millennia. Here, the researchers focused on a more imminent timeframe: the current century. They also included melting of the Greenland ice sheet in their analysis and refined their simulations.

“A really critical part of the process was the use of satellite measurements to guide our models,” Golledge said. The team took advantage of measurements taken by satellite of ice sheet changes over the last 40 years. These assessments allowed the researchers to tweak the model to ensure its accuracy. After about a year of trial and error, Golledge and colleagues came up with a simulation that agreed with the satellite measurements.

“When we can do that, we have confidence that projections into the future will be as reliable as possible,” Golledge said.

Ice melt from the Greenland and Antarctic ice sheets will raise global sea levels by close to 10 inches by 2100, Golledge and colleagues report today in the journal Nature. But the waters will rise to different levels across the globe, with the greatest upswing — of close to a foot — occurring in the center of the Pacific Ocean. They found meltwater from the Antarctic ice sheet will also trap warm water beneath the surface that will lead to more ice loss from the continent.

The researchers then determined how the meltwater might affect global ocean and climate patterns. Meltwater from the Greenland ice sheet will slow the Atlantic Meridional Overturning Circulation (AMOC), the system of ocean currents that drives the climate and controls the well-known Gulf Stream. Melting of the Greenland ice sheet will reduce the strength of the AMOC by about 15 percent in the last half of the century, the researchers report. The scenario would favor conditions that make for more intense tropical storms and hurricanes.

“When we mess with one element, the consequences aren’t just limited to that element, there is a cascade of impacts, a domino effect that in some cases becomes unstoppable (at least in our lifetimes),” he said. “That means that the changes we make now are going to shape the global environment for many centuries to come.”