Making the Case Against Plastic Straws 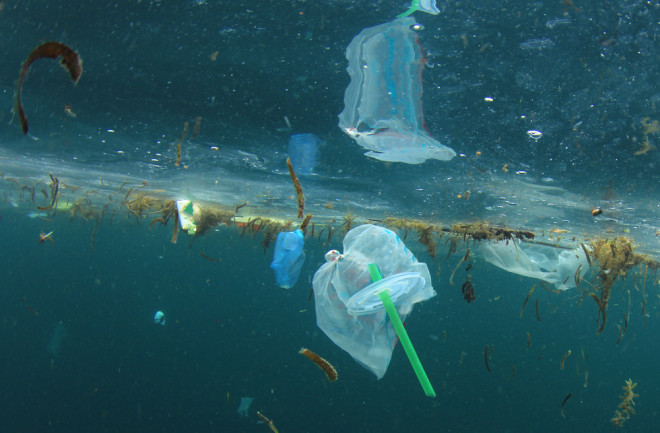 (Credit: Shutterstock) Walk the remote shores of the Great Lakes, far outside the city, and you’ll find miles of sandy beaches and quiet tranquility. You’ll also find plastic straws. Pink ones, white ones, clear ones. They’re everywhere. In fact, visit any coastline around the world and you’re likely to find plastic straws. Conservation groups highlight them as one of the items most frequently collected during beach clean ups. The reason isn’t hard to grasp. Whether you order an iced coffee or a Coke, chances are it’s going to come with a straw. That number adds up to millions of straws used every day. The Marine Conservation Society says that as many as 8.5 billion straws are used every year in the United Kingdom alone. And Litterati, a map tracking litter, claims straws are the sixth most commonly picked up piece of trash — though the top-tagged item is just generic “plastic”. The straw’s abundance has also made it a growing target. Like plastic bags before them, advocacy groups are pushing elected officials and drink sellers to ditch straws, as CNN detailed in a report Friday. And from music festivals to museums, a number of venues already have. Xanterra, a concessioner who runs lodges and restaurants within America’s National Parks, offers straws, but asks visitors not to use them. Some American cities moved forward with similar restrictions last year. And this week, both the United Kingdom and the larger European Union said they’re moving ahead with plans to ban plastic straws, according to the British media outlet Sky News. The outlet said that announcement came after a report that the country’s Parliament has doubled its purchases of straws in recent years. However, in the United States, even banning plastic bags has proven difficult. Some politically conservative states, like Arizona, have gone so far as to ban cities from enacting plastic bag bans. Though other left-leaning states have already passed their own rules. And other countries are also leading the way. Last year, Kenya passed the world’s toughest law against plastic bags, offering fines and imprisonment for using plastic bags. One California state legislator introduced a similarly tough law for plastic straws last month. It proposed restaurants only hand out straws when customers asked for them — violators would be on the hook for $1,000 or potential jail time. That last part drew criticism online, which prompted the representative to suggest the bill could be passed without such extreme consequences. This wave of bans was enough for oil company BP to announce this week that such single use plastic laws will likely put a dent in their oil production. (Though it still expects growing oil demand overall through the 2030s.) The company says that single use plastics use up about 15 percent of non-combusted oil. Worldwide bans on single-use plastics, like straws, could lower oil demand by some 2 million barrels a day over the next several decades.