Major Earthquakes Can Weaken Faults Across the Globe 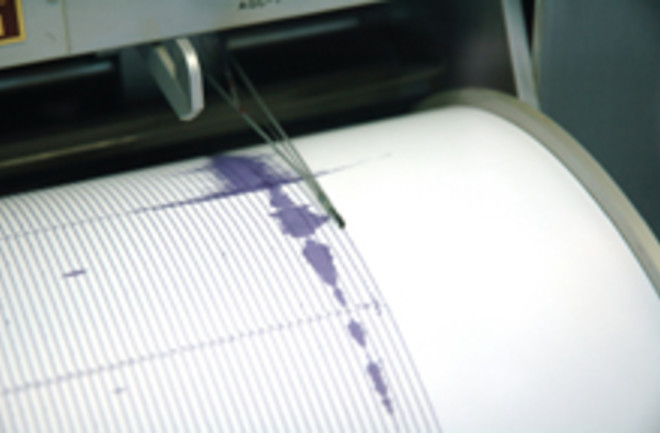 Here's a timely piece of research that may inspire some trepidation, as it comes hard on the heels of Tuesday's tsunami-triggering earthquake in the South Pacific and today's destructive earthquake in Indonesia. Researchers have found evidence that major quakes can weaken faults on the other side of the world, increasing the chance of further tremors. The researchers

analyzed 20 years of data at Parkfield, which sits on the mighty San Andreas Fault halfway between Los Angeles and San Francisco. It's the most studied earthquake zone in the world, rigged with sensitive instruments to detect minute changes in the Earth's crust [AP].

In 2004, the seismic records showed a change beginning shortly after the 9.3 magnitude earthquake in Sumatra that caused a deadly tsunami. There was an increase in the number of small "repeating earthquakes" that regularly shudder through the ground around the San Andreas fault. Study coauthor Taka'aki Taira says that

"after Sumatra, the frequency changed - it increased - but the magnitude decreased. That is a signal of the fault weakening; you only have to push a little bit and the fault fails" [BBC News].

Researchers have long known that earthquakes can trigger new tremors at a distance, but all previous examples of this phenomenon occurred within hours

of the triggering event, presumably caused when the vibrations induced other faults to give way. Many of the ones at Parkfield, by contrast, occurred months later. The only way that could have happened is if a distant earthquake somehow weakened the San Andreas fault.... "Weakening the fault means the fault can store less stress before [it] fails," Taira explains [Nature News].

The study, published in Nature, also suggests how the faults are weakened: by water migrating into the fault zone.

Much more research will have to be done to confirm the phenomenon in other faults, but scientists say the work could help in the eventual development of an earthquake prediction system. Related Content: 80beats: South Pacific Tsunami Kills More Than 100 People 80beats: Indonesia May Face a “Supercycle” of Devastating Earthquakes 80beats: Geologists Find One Cataclysmic Tsunami in Every 600 Years of Thai DirtImage: iStockphoto